Former office was converted last year into a last-mile distribution facility, and sold at an 800% increase 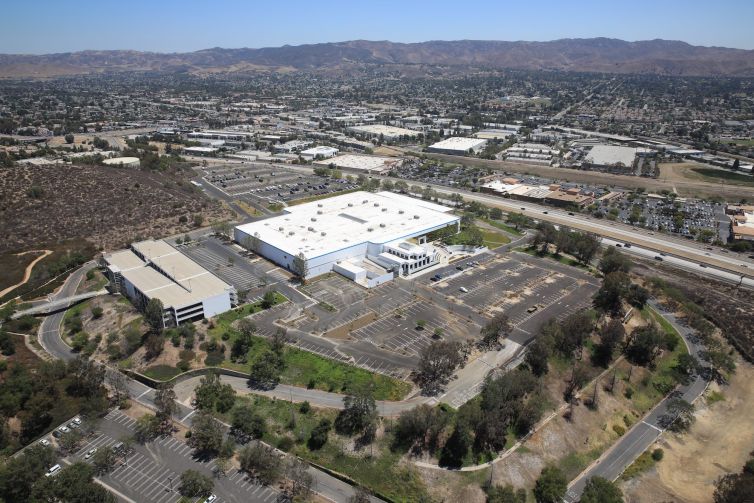 An Amazon warehouse in Greater Los Angeles has traded for $128 million in a deal that illustrates the current state of commercial real estate in Southern California.

The former office property last sold for $16 million in May 2020, records show. It was then converted into a last-mile distribution facility for the e-commerce king of the world, and has now sold at an 800 percent increase.

The 290,220-square-foot property is on a 43.6-acre parcel at 400 National Way in Simi Valley, just off State Route 118. Newmark announced the deal and represented the seller, Greenlaw Partners. Records show Westbrook Partners is also part of the selling party.

Property records also indicate that the site was acquired by an entity tied to Cancilla Properties in Costa Mesa. Greenlaw and Westbrook acquired the site last year from L.A.-based Rising Realty Partners, and converted it into industrial space with Amazon.

According to Newmark, the L.A.-area industrial market includes more than 1 billion square feet of space, and has the second-lowest lowest industrial vacancy rate in the U.S. behind the Inland Empire.

Amazon has been active recently throughout Southern California, including in L.A.’s South Bay and in Orange County. But the company has made the biggest waves in the northern region of Greater L.A. over the past couple of years.

In July, Amazon signed a lease for a 202,421-square-foot industrial building about five miles away from the Simi Valley site. The firm also signed to 100,000 square feet at Needham Ranch in Santa Clarita. In addition, last summer, Amazon leased the 155,700-square-foot IAC Commerce Center.