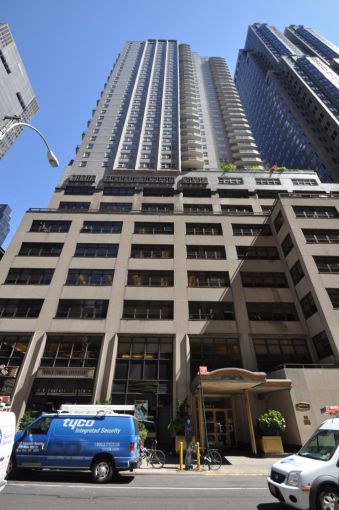 YAI’s International School of Hope (iHOPE), a private school that serves students with disabilities, has acquired a 30-year leasehold for a condominium at 825 Seventh Avenue, the school’s brokers at JLL announced on Monday.

IHOPE, which focuses on students with traumatic brain injuries and multiple disabilities, will occupy 76,861 square feet on the second, third and fourth floors of the Midtown building between West 53rd and West 54th streets. A JLL spokesperson declined to comment on the purchase price or value of the leasehold, but said that the asking rent for the space was in the low- to mid-$60s per square foot.

YAI will triple its footprint with the move from its current East Harlem home at 101 West 116th Street, according to the New York Post, which broke the news of the transaction. JLL’s Matthew Astrachan told the paper that the deal was “technically structured as a lease.” The school will also get a dedicated entrance on West 53rd Street.

“For the first time, we’ll be able to provide iHOPE students with a full breadth of educational and therapeutic services under one roof, including dedicated space for specialized therapies, state-of-the-art technology, and a mock apartment for students transitioning to independence,” YAI CEO George Contos said in a statement.