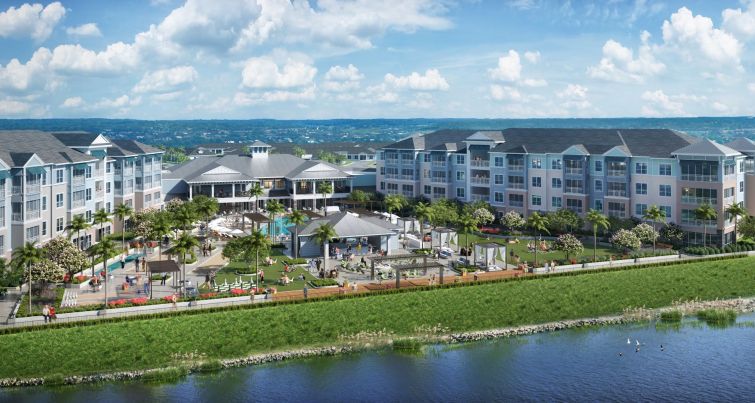 “The Port St. Lucie area has always been a haven for retirement,” ORIGIN’s Jeff Spitzer told Commercial Observer. “It’s an area that’s really rapidly developing and I think we expect to see additional development pop up around it.

South Florida is already a popular retirement destination, so much so that, amid a slowing of overall population growth in the United States, Census data showed that the Sunshine State retirement community, The Villages, was the fastest-growing metro area in the last decade, The New York Times reported.

“We anticipate the developer looking for other parcels of land around the state, and we hope to be able to join them and be the general contractor on those,” Spitzer said.

The developers closed on a loan for $68.5 million for the project, or more than 90 percent of the construction costs, from Centennial Bank at the end of August, public records show.

The age-restricted community will include a two-story clubhouse covering 26,000 square feet with a restaurant, exercise facility, sports bar and salon located inside. The development will include such amenities as pickleball, an outdoor dining facility, a pool and a spa.

The residential component of the project contains two four-story apartment buildings with 115 units and an additional 300 villas in 60 surrounding buildings, interspersed between walking and biking trails. Each of the 60 buildings will be home to its own garage along with four to six villas.