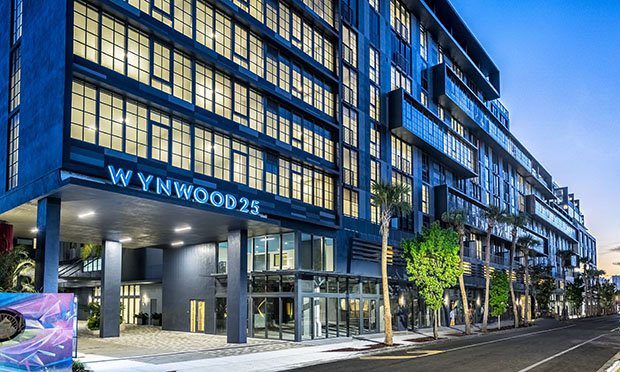 Restaurateurs behind the famed New York pizzeria signed a 10-year-lease at Wynwood 25 for 1,758 square feet, according to brokerage DWNTWN Realty Advisors, which represented the landlords, Related Group and East End Capital. The asking rents stood at $75 per square foot, triple net, meaning without the operating costs.

The Miami outpost is expected to open this upcoming spring. Commercial Observer was the first to report about Joe Pizza’s Miami ambitions back in March.

Wynwood 25, located at 240 NW 25th Street, sits in the center of Miami’s trendy Wynwood neighborhood, which, so far this year, has attracted high-profile financial and tech companies, including venture capital firms Founders Fund and Atomic as well investment firm Schonfeld Strategic Advisors. The mixed-use building holds 289 apartments and about 30,000 square feet of retail occupied by other known food establishments, such as ice cream maker Salt and Straw.

Joe’s Pizza follows a long list of New York-based restaurants that have planted roots in Miami as its northern clientele relocated down south during the height of the pandemic. Its rival, Prince Street Pizza, opened a location nearby at the Oasis food court this past spring. Another Italian eatery, Carbone, opened to fanfare in January.