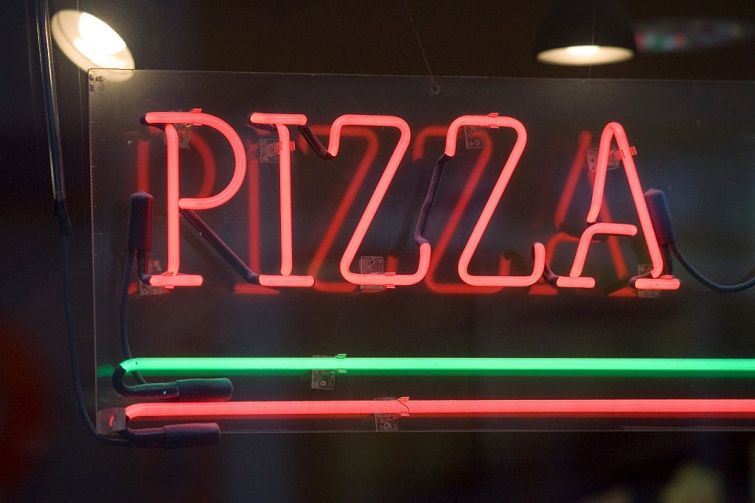 Joe's Pizza is looking at places in Miami. Photo: Getty

Miami, get ready for a line around the block: Joe’s Pizza, the New York institution famous for its long queues and thin-crust pies, is looking to open up shop, Commercial Observer has learned.

Joe’s has been scouting out locations in Miami, including a spot at NW 2nd Avenue in Wynwood, according to a person familiar with the Florida plans. Joe Pozzuoli Jr., the pizzeria’s owner and president, confirmed to CO that “a few spots have been looked at” in the city.

Established in 1975 by Pozzuoli’s father, Joe’s Pizza touts itself as a “Greenwich Village institution offering the classic New York slice.” It runs five outlets in New York City, including its flagship location at 7 Carmine Street, and a branch in Ann Arbor, Mich.

A Miami outpost “would probably be a licensed project operated by some longtime associates and my nephews with a nearly identical menu,” Pozzuoli Jr. said, though he added that “nothing is definite yet.”

Joe’s Pizza is the latest New York establishment to court Florida. Joe’s competitor, Prince Street Pizza, is slated to open a Wynwood outpost in April, while swanky Carbone made its debut in January, taking up space at 49 Collins Avenue in South Beach.

It’s not only Italian restaurants that are moving south. Korean steakhouse Cote opened a branch in Miami’s Design District at 3900 NE 2nd Avenue. So have Upper East Side staples, French restaurants La Goulue and Le Bilboquet, in Palm Beach.

The Sunshine State is an attractive proposition for restaurants. Unlike in New York, restaurants are allowed to operate at full capacity, both indoors and outdoors. Many Big Apple patrons have fled to Florida, seeking fewer COVID-19 restrictions and lower taxes.