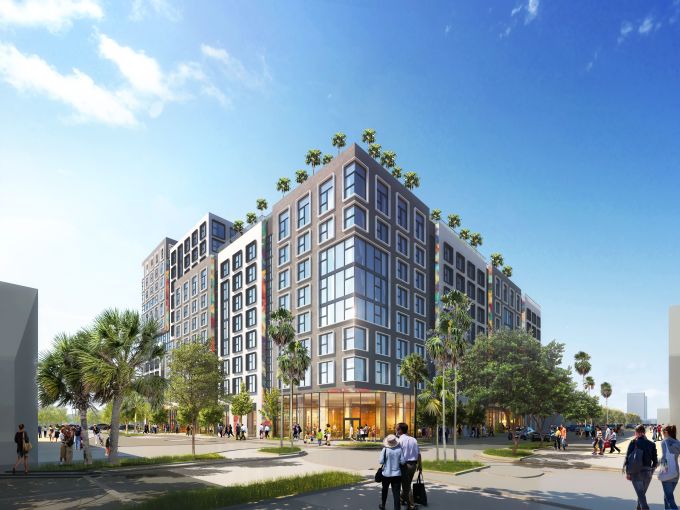 Another New York-based hedge fund is opening a Miami headquarters.

Schonfeld Strategic Advisors, which has $22 billion in assets, leased space for a second headquarters at The Dorsey, a mixed-use development in the Wynwood neighborhood of Miami, the company announced Tuesday. The deal is a long-term commitment for just under 20,000 square feet, a source close to the deal said, though the exact terms were not immediately available.

The new office, at 280 NW 28th Street, can accommodate 100 people, but Schonfeld plans to staff it with 50 people over the next 12 months, according to the announcement.

Schonfeld’s move is part of a larger geographic expansion for the firm as it adjusts to a more flexible and dispersed work setup. Headquartered at 460 Park Avenue in Manhattan, Schonfeld plans to expand its New York City footprint and open additional locations in Connecticut and New Jersey.

“With more locations and added flexibility, we can broaden connectivity between teams and provide our employees a wider range of insights, perspectives and experience,” Schonfeld CEO Ryan Tolkin, said in a statement.

Schonfeld joins a large cohort of Wall Street firms opening up down South, attracted by lower taxes, a Miami mayor-cum-promoter, and a migrating talent pool. They include Citadel, Blackstone, Icahn Enterprises and Point72 Asset Management.

The company also received a push from local officials and received $80,000 in incentives from Miami-Dade County. It has been negotiating with the county’s economic development organization, The Beacon Council, since earlier this year, the Miami Herald reported.

The 12-story Dorsey is being developed by a partnership between Related Group, LNDMRK and Tricera Capital; it includes approximately 78,000 square feet of office, 33,000 square feet of retail and 306 apartments, the Related Group confirmed. A large portion of the building will be occupied by flex space provider Industrious, which signed a 41,000-square-foot management deal with the owners.

Schonfeld did not respond in time for publication.