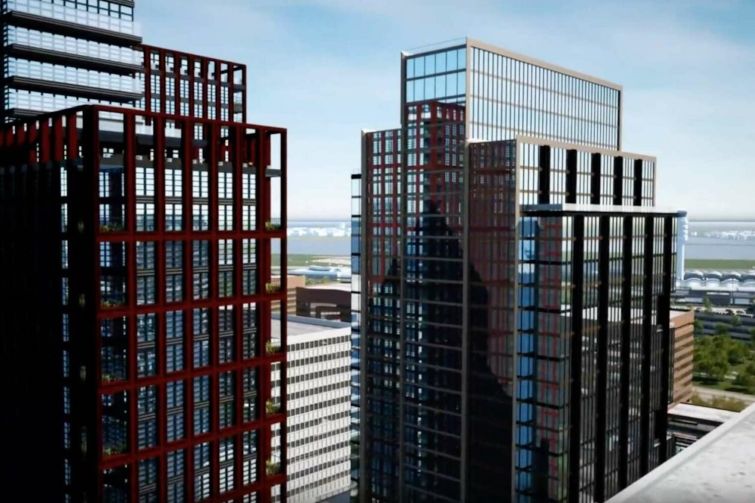 JBG SMITH is making a change in its plans at National Landing: in with residential, out with office.

The developer — in the midst of building the 150-acre, mixed-use complex in Northern Virginia, which includes Amazon’s upcoming 4 million-square-foot HQ2 and a $1 billion innovation campus for Virginia Tech — has abandoned plans for one of its proposed office developments.

However, JBG SMITH’s new proposal calls for two 30-story residential buildings, with a total of approximately 1,440 units, according to ARLnow.com.

A spokesperson for JBG SMITH confirmed to Commercial Observer that the developer has submitted a new version of what Arlington County calls a 4.1 site plan, which replaces the office space from the previous submission with residential.

The Arlington County Planning Department is reviewing the application for the change to the proposed plans.

“We have a preliminary site plan submission on file to redevelop that site with two new 30-story residential towers containing 1,440 units, ground floor retail, and two new public open spaces,” Matthew Pfeiffer, the county’s principal planner, said in a statement provided to ARLnow. “We expect that plan to be accepted very soon, after which we will work on scheduling the public review process.”

Jaleo by José Andrés, a popular Spanish tapas restaurant, has been doing business at 2250 Crystal Drive for more than a decade, but is closing its doors on Oct. 3 to make way for the new development.

In March, JBG SMITH started construction on two multifamily residential towers at nearby 1900 Crystal Drive, which will consist of a 27-story, 471-unit southern tower; a 26-story, 337-unit northern tower; and about 40,000 square feet of street-level retail.