The project on Crystal Drive will deliver 808 multifamily units and 40,000 square feet of retail space 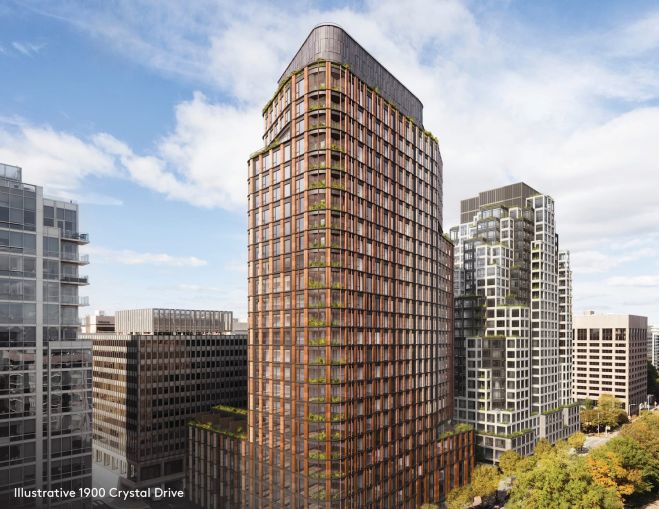 The properties will consist of a 27-story, 471-unit southern tower; a 26-story, 337-unit northern tower; and about 40,000 square feet of street-level retail. The construction is starting almost a year to the day that the towers were approved by Arlington County.

“We remain laser focused on our long-term strategy in National Landing. Incorporating new apartments alongside expanded retail offerings and an enhanced street-level experience are essential to our overall repositioning of the area as an energetic 18-hour destination for both residents and visitors to enjoy,” Anthony Greenberg, JBG SMITH’s executive vice president of development, told Commercial Observer.

Designed by renowned architect COOKFOX in collaboration with Torti Gallas + Partners, the towers will each rise nearly 300 feet and become a staple of the National Landing skyline. The development will include a private rooftop and green spaces, along with numerous amenities.

“This project was planned with the entire National Landing neighborhood in mind,” Greenberg said. “1900 Crystal will offer residents great views, thoughtfully-designed outdoor space and a suite of amenities, while additional upgrades including a central park and bike facilities will benefit all members of the community.”

“Amazon’s strong growth and commitment to National Landing will lead to the continued need for additional housing options, and 1900 Crystal Drive’s more than 800 units will help to meet this demand,” Greenberg said.