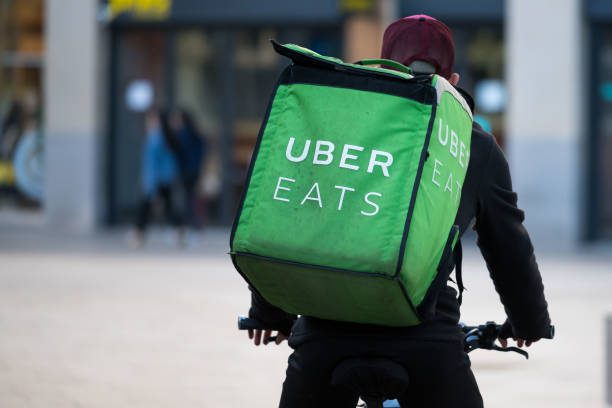 On Thursday, the delivery powerhouses filed a joint case against New York City, pushing back against the city’s recent move to permanently restrict vendors from charging third-party service fees greater than 30 percent on restaurants.

With the restrictions in place, vendors can charge restaurants no more than 15 percent for delivery services, 5 percent for additional services and 3 percent for per-order transaction fees, excluding some credit card charges.

The New York City Council first implemented the restrictions in May 2020, when COVID-19 pummeled the restaurant industry. Yet, even with some cities capping the fees, third-party delivery apps have soared over the last year. In the first half of this year, DoorDash increased its profit to $1.2 billion — an 83 percent increase compared to the same time in 2020, Crain’s New York Business reported.

In-person dining has since cautiously returned to New York City, prompting delivery apps to anticipate a lifting of the fee restrictions. But the city council passed a bill in August to keep the caps permanently in an attempt to help hurting restaurants from being taken advantage of.

The vendors have since pushed back, calling the fee caps “unconstitutional” in court records.

Represented by Gibson, Dunn & Crutcher, Grubhub, Doordash and Uber Eats argued that the caps constituted a government overstep that has already cost them millions of dollars in potential profits. As they operate as private sellers and reach agreements with restaurants who opt into their services, the delivery vendors argue that the city has no right to intervene, according to court records.

“The ordinance is unconstitutional because, among other things, it interferes with freely negotiated contracts between platforms and restaurants by changing and dictating the economic terms on which a dynamic industry operates,” the lawsuit stated.

The vendors are seeking a ruling in their favor that would prevent the city from enforcing the fee caps and the corresponding fines for vendors caught charging more than the maximum.

“The initiative is legally sound and we’ll defend it in court,” a spokesperson for the city told Commercial Observer in an email.

This isn’t the first time that these vendors have gone to court. In July, Grubhub and Doordash filed a lawsuit against San Francisco after the city became the first to make delivery fee caps permanent.