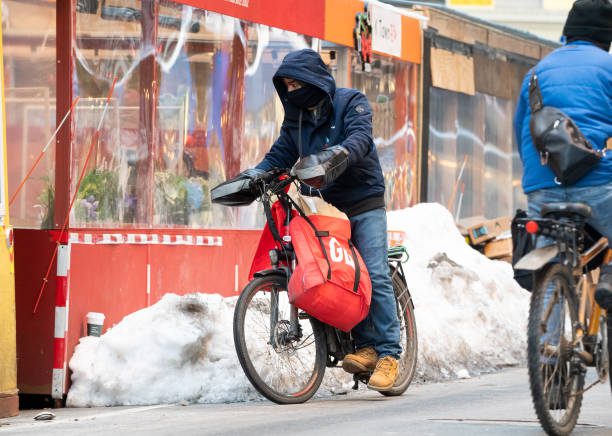 Grubhub is among the vendors who will have to abide by the latest fee caps. Photo: Noam Galai

In an era of takeout and delivery surges, New York City has made a permanent move to protect small businesses from third-party delivery company surcharges.

The New York City Council on Thursday agreed to permanently extend the cap on third-party delivery fees at 15 percent for services like GrubHub and Uber Eats. The law also prohibits additional service charges greater than 5 percent and per-order transaction fees higher than 3 percent, with the exception of select credit card charges.

If vendors violate these cutoffs, they may find their licenses revoked or face civil penalties of a $1000 per day per restaurant profit maximum.

“We are not here to enable billion dollar companies and their investors to get richer at the expense of restaurants,” Queens Council Member Francisco Moya said in a statement. “By limiting, without expiration, the fees charged to restaurants by third-party food delivery services, we are ensuring that mom-and-pop shops have a real opportunity to recover and thrive.”

It’s no secret that restaurants have suffered due to the pandemic, though talks of delivery fee relief have been happening since February 2020. Now, some praised the permanent restrictions on delivery fees as a way to help alleviate the economic burdens faced by eateries — many of whom have previously struggled to even pay rent.

While the city’s restaurant industry is en route to recovery, a full revitalization will take time. In-person dining only recently returned to full capacity, with businesses still bearing the brunt of the pandemic’s aftermath.

In the past, third-party vendors have been able to charge restaurants up to a 30 percent commission for their services, maintaining a strong hold over businesses who can no longer afford vendor premiums nor afford to lose out on delivery services.

“For far too long, there’s been an imbalance of power between these third-party food delivery services and restaurants,” Moya said. “Small businesses should not be pressured into accepting these fees in order to remain viable and competitive.”

While intended to help small businesses, the delivery caps have been met with their fair share of pushback. After San Francisco became the first city to make such restrictions permanent, Grubhub and DoorDash sued the city, claiming a 15 percent cutoff was unconstitutional and a violation of their rights. They also argued that caps will ultimately hurt restaurants and result in higher costs for customers.

DoorDash later adapted to the policy by revising its pricing strategy, offering restaurants the option of paying higher commissions in return for wider service packages.

New York City is the first city since San Francisco to push for permanent limitations on delivery fees. Grubhub, which also owns Seamless, told Restaurant Business that it intends to push back against the city’s bill and will pursue legal action.