The vaccine mandate, which starts Tuesday, has already drawn a lawsuit and concerns from the business community. 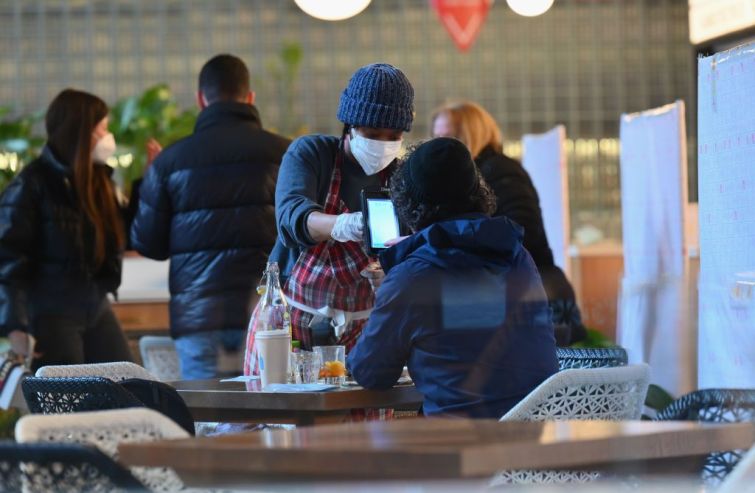 Hope you got your shot New York, because this week, restaurants, gyms and concert venues are testing out a program that requires patrons to be at least partially vaccinated to attend. And it’s already drawn a lawsuit, concern from the business community and a little confusion on its start date.

Starting Tuesday, those 12 and older must show proof that they have received at least one dose of a COVID-19 vaccine to participate in indoor dining, fitness or entertainment. Staff, too, are required to be vaccinated, according to the city.

“Folks that are vaccinated have more options,”  Mayor Bill de Blasio said in a press conference on Monday. “If you want to fully participate, you’ve got to go get vaccinated.”

The program was set to begin this week, but the start date of Aug. 17 was unclear until de Blasio signed an executive order on Monday morning in a press conference. The new rules, called the “Key to NYC,” will not be enforced by the city until Sept. 13, so it can get feedback from the business community.

Some of that feedback is already rolling in, in the form of a lawsuit against the city. Nicole Malliotakis, a Republican Congresswoman for Staten Island and South Brooklyn, and a restaurant owner have tried to block the requirement in a lawsuit, the BBC reported. Malliotakis did not immediately respond to a request for comment.

Meanwhile, local city restaurant owners were concerned about how to exactly enforce the requirement and the toll it would put on wait staff.

“We’re just urging the public, regardless of what your opinion is about the vaccine requirements, [to] be respectful,” Andrew Rigie, the head of trade group the New York City Hospitality Alliance, told Commercial Observer. “We don’t need to be giving crap to any restaurant workers just trying to enforce the rules.”

Restaurant owners, however, have been largely supportive of their guests needing to be vaccinated to curb the delta variant, a more contagious strain of the coronavirus, and, hopefully, keep eateries open through the winter.

“I also understand the arguments about personal liberty and things like that, but it’s one of those things where this really does affect everybody,” Karl Franz Williams, owner of cocktail bar 67 Orange Street in Harlem, told CO. “It affects people who can’t get vaccinated like my son … it affects our abilities to be able to operate our businesses the way we want.”

Williams got COVID-19 himself — along with his fiancé and three-year-old son — and lost friends to the virus. He added that the mandate could help get the coronavirus under control quickly, something needed for restaurant owners who are unsure relief grants and federal money will still be around with another surge.

George Constantinou, too, was worried about the delta variant for his young kids, as well as his several Brooklyn restaurants. He thought that if the vaccine requirement was introduced earlier, or if the mask mandate wasn’t lifted as quickly, restaurant patrons would have more time to get used to it, but hoped the month-long period before enforcement starts would help.

“This needs to be done because obviously the problem is not solved,” said Constantinou, who owns Bogota Latin Bistro, Miti Miti Modern Mexican and Medusa Greek Tavern in Park Slope, Brooklyn. “And we’re going to be facing this year after year if you don’t start with something drastic.”

All men were concerned about the burden enforcing the vaccination requirement would place on wait staff, and how to deal with customers that may disagree with the requirement. Constantinou said his staff has had to remind guests of the mask requirement and even refused to serve some. He’s considering raising wages for hosts who have to check patrons’ vaccination status.

“I’ve seen people come in and not want to wear a mask and we’ve had to tell them kindly once, twice and [even] refuse service,”  Constantinou said. “Some people get it and some people don’t. They want to put up a fight.”

Williams and Constantinou were both unsure of how to enforce the mandate among restaurant staff, and were concerned about the legality of asking staff to prove that they are vaccinated. Health authorities have a legal right to require vaccination as a means of slowing the pandemic, as long as they do not discriminate in enforcing that rule. Trade groups like Rigie’s Hospitality Alliance have backed the requirement, but that hasn’t stopped concerns over the legality of enforcement from cropping up, according to the BBC.

Rigie hoped the city would work to educate the public about the requirement to take the burden off of restaurant owners and staff. He also asked restaurant-goers to be kind to hospitality workers, who have faced pandemic-caused debt and shutdowns, revenue losses, ordering delays and a lot of uncertainty about the future of their establishments.

He added the mandate was especially important to help avoid another shutdown of indoor dining, especially as the upcoming winter months make outdoor dining a near impossibility.

“There’s a lot of people in the restaurant industry that support the requirement and others that oppose it, but at the end of the day, everyone seems to agree that we can’t resort to partial restriction and shutdown orders [again],” Rigie said.

Williams hoped the city, state and federal government would provide more aid to businesses dealing with the ongoing pandemic.

“I think it’s too bad,18 [to] 19 months later we thought we’d solve this, but we haven’t,” said Constantinou. “So we really just need our government and our leaders to just really be strong and put an end to this once and for all because I don’t want to be dealing with this every year.”