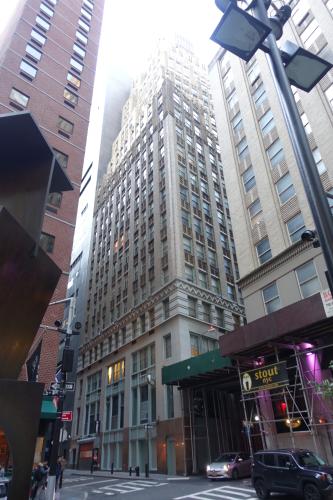 New York City’s fitness industry is en route to recovering from the pandemic, according to brokerage Newmark, pointing to six recently completed deals for fitness facilities around the city, amassing a combined 17,000 square feet, Commercial Observer has learned.

“With retail leasing ramping back up post-pandemic, we have seen increasing demand from boutique fitness tenants,” Newmark’s Ravi Idnani, who brokered several of the deals, said in a statement. “As residents have returned to group fitness, smaller, boutique retail spaces that offer a unique, intimate experience have been particularly in demand, as evidenced by the slate of transactions our team has recently completed.”

The most recent of these deals paired self-defense studio The Krav Maga Institute (KMI) with 5,000 square feet at 281 Broadway. Previously occupied by a CrossFit gym facility, the building will maintain an exercise theme for a lease term of at least 10 years. The asking rent was $100 per square foot.

Beyond KMI, five other Newmark-brokered fitness studios have popped up since May. Each of these deals has led to new gyms, studios and workout rooms that project a positive outcome for the return of in-person exercise.

One reason for this surge in fitness leasing is the decline in asking rents. Newmark data found asking retail rents have decreased from pre-pandemic levels by an average of 16.5 percent.

Taking advantage of these low rents, Sweat440 will take to the Financial District with a 4,200-square-foot lease at 80 John Street. The Financial District facility will be the chain’s second Manhattan location, the first of which is located in Chelsea. Idnani and Newmark’s Aric Trakhtenberg represented property owner Klosed Properties in the deal.

For those looking for a more zen approach to working out, look no further than 104 Franklin Street, where Erika Bloom leased 2,574 square feet on the second floor. While the pilates studio has yet-to-launch, its Upper East Side location is open for classes. Rudd Realty’s Michelle Ball represented the tenant, while Stern and Idnani handled it for the landlord. Ball did not immediately respond to a request for comment.

Relocating within the West Village, karate studio Karate-Do KenWa Kan has moved to 34 West 15th Street. It will occupy 2,500 square feet on the second floor. Stern and Idnani represented the tenant.

The duo handled another deal at 132 West Houston Street alongside Newmark’s Joshua Strauss, representing the private investment owner in personal training studio Aesthetic Lab’s deal for 1,200 square feet on the building’s second floor. Approved Properties’ Alexander Geisinger handled it for the tenant. Aesthetic Lab has already moved in and is open for classes.

But, like many of the new leases, Aesthetic Lab has implemented protocols for pandemic safety, requiring proof of vaccination upon entry. This requirement may be the new normal for exercise facilities — and has already seen a mostly successful launch across New York City’s restaurant industry.

A spokesperson for Newmark did not immediately respond to requests for asking rents.