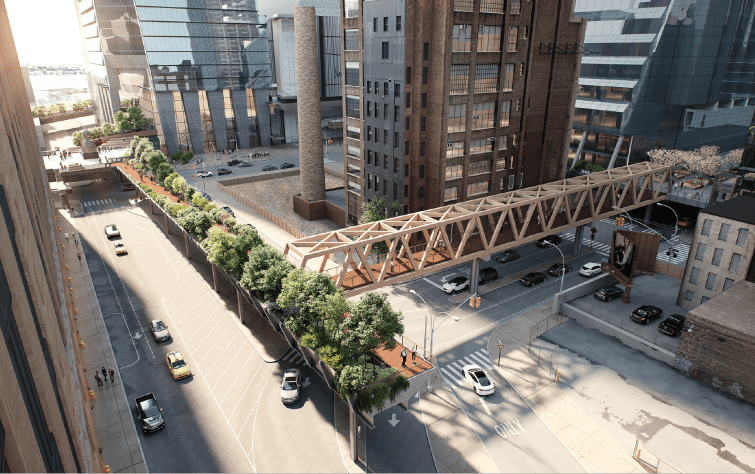 Brookfield and Empire State Development revealed plans for two timber bridges, one of which would cross Tenth Avenue from the High Line to Manhattan West. Image: Gov. Kathy Hochul's Office 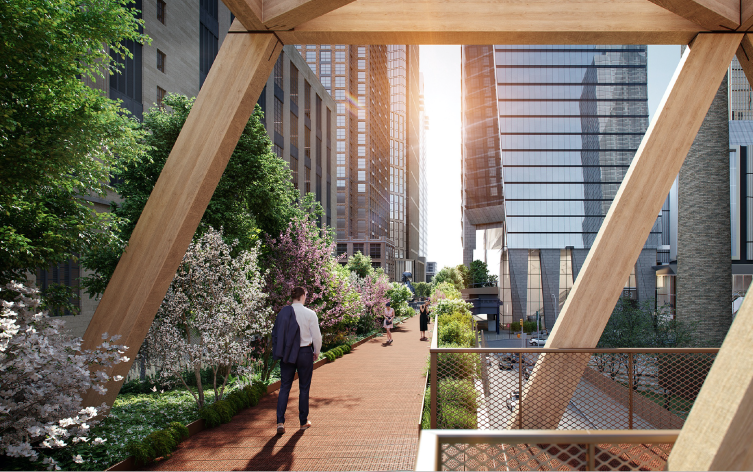 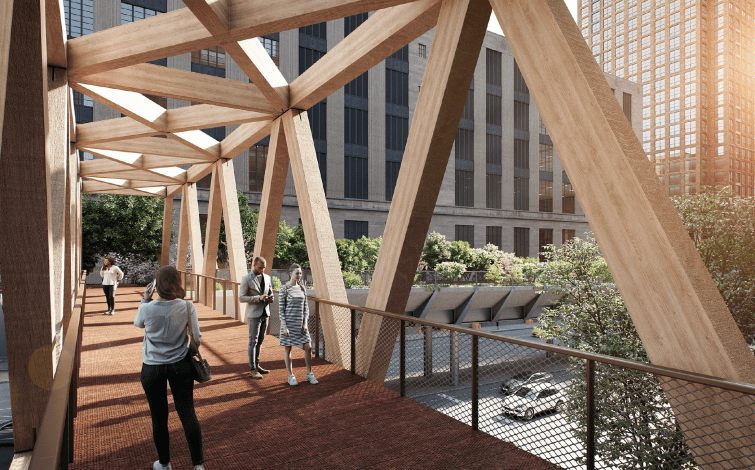 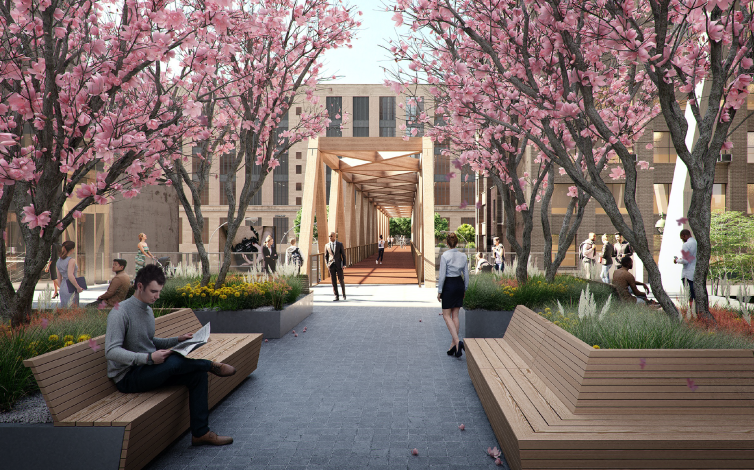 New York Gov. Kathy Hochul and Brookfield Properties have released new renderings and details on a $50 million proposal to connect the High Line park with Brookfield’s Manhattan West megaproject on the Far West Side.

Back in January, then-Gov. Andrew Cuomo announced a new, 1,200-foot-long pedestrian path that would connect the High Line stub at 30th Street near Hudson Yards to Brookfield’s elevated, mid-block public space between West 31st and 33rd streets and Ninth and 10th avenues. Tuesday’s announcement appears to be a continuation of that project, which was projected to cost $60 million.

A joint public-private partnership consisting of Empire State Development, the Port Authority of New York and New Jersey, Brookfield and Friends of the High Line will construct the bridges, which are scheduled to be complete in 2023. Of the current $50 million cost, Brookfield and Empire State Development are each providing $20 million in funding, and the Friends of the High Line is contributing $10 million.

Dubbed “The Woodlands Bridge,” the landscaped timber bridges will extend the High Line east along 30th Street to Dyer Avenue, and then north up Dyer Avenue through Manhattan West. The elevated pedestrian path will end on Ninth Avenue, across the street from Moynihan Train Hall and the Farley Post Office building.

The High Line is also supposed to get a second extension past the Javits Center to the former police tow pound at Pier 76, which is slowly being redeveloped into part of Hudson River Park.

“The High Line’s connection to Moynihan Train Hall and other nearby attractions complements our investments in Midtown West, encourages better pedestrian access and provides New Yorkers with a truly one-of-a-kind experience,” Hochul said in a statement.

Brookfield certainly stands to benefit from the project, which will direct hundreds of thousands of tourists from the High Line to Manhattan West’s 240,000 square feet of retail. The sprawling 8-acre complex also includes 6 million square feet of office space, 844 apartments and the 164-key Pendry hotel, which opened this month.

“We are thrilled to welcome New Yorkers and visitors alike to Brookfield’s Manhattan West development, which will serve both as a center for restaurants, shops, and year-round public programming and as a vibrant gateway connecting Moynihan Train Hall directly to the entirety of the High Line and the new West Side,” Sabrina Kanner, an executive vice president at Brookfield, said in prepared remarks.

Rebecca Baird Remba can be reached at rbairdremba@commericalobserver.com.