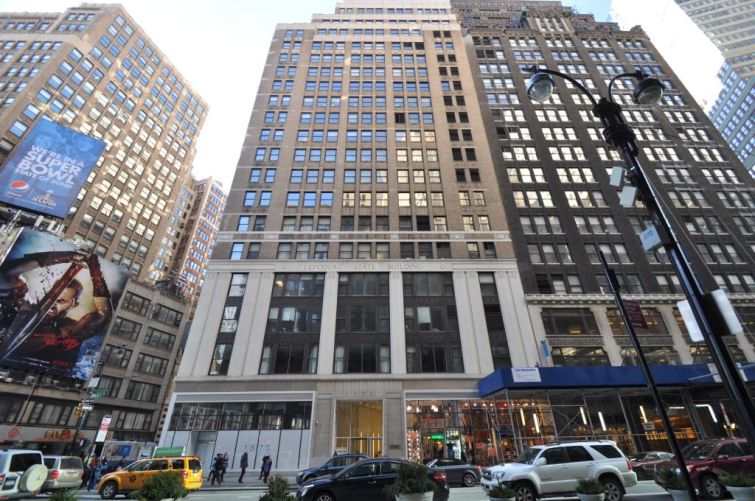 A commercial kitchen equipment dealership is trying to wiggle out of paying $337,842 in back rent because the state’s COVID-19 shutdown prevented them from working in their Garment District showroom, a lawsuit claims.

Sam Tell & Son, which has leased a fifth-floor office at 1375 Broadway since 2007, wants a judge to block its landlord, Savanna, from collecting rent owed between March 2020 to June 2021, a lawsuit filed in Manhattan Supreme Court Tuesday said.

“Both the onset of the COVID-19 pandemic and Governor Cuomo’s executive orders issued in response to the public health emergency were unprecedented and unforeseeable events,” the suit reads. “Since the purpose of the parties’ lease agreement or the premises was frustrated by Governor Cuomo’s executive orders, Sam Tell respectfully requests that this court enter a judgment in its favor and against 1375 Broadway.”

When Sam Tell didn’t pay rent for more than a year, Savanna filed a default notice on July 27 for violating its lease. Since the company didn’t pay back the rent, due by Aug. 16, Savanna is now seeking to cancel the lease altogether, the suit said.

But Sam Tell, which also owns a 75,000-square-foot warehouse in Farmingdale, N.Y., doesn’t want to leave its Midtown South design studio. Company leaders asked the court to shelve the default and forgive its arrears, the suit said.

Representatives for Sam Tell and Savanna did not respond to requests for comment.

Trouble has been brewing at the 27-story Broadway office tower for the past year and a half, when Savanna went into contract to purchase the property for a hefty $435 million.

To finish the deal, among the largest during the peak of the coronavirus pandemic, the private equity firm secured $388.5 million in financing from a group of lenders, including Brookfield Real Estate. Then, commercial vacancy rates across Manhattan began to climb and tenants started skipping rent.

It hasn’t been easy being a tenant in the hospitality industry either. At least 1,000 restaurants in New York City have closed since March, due to the economic downturn caused by the coronavirus. And those that did open have a glut of kitchen wares from out-of-business cafes to sift through.

But landlords have had far better luck than tenants in canceling leases and recouping cash. Earlier this month, a judge ruled that Gap must pay $24 million in back rent on its Times Square flagship after the casual clothing company sued its landlord to get out of the payments, blaming the pandemic on the decline in foot traffic at 1530 Broadway.