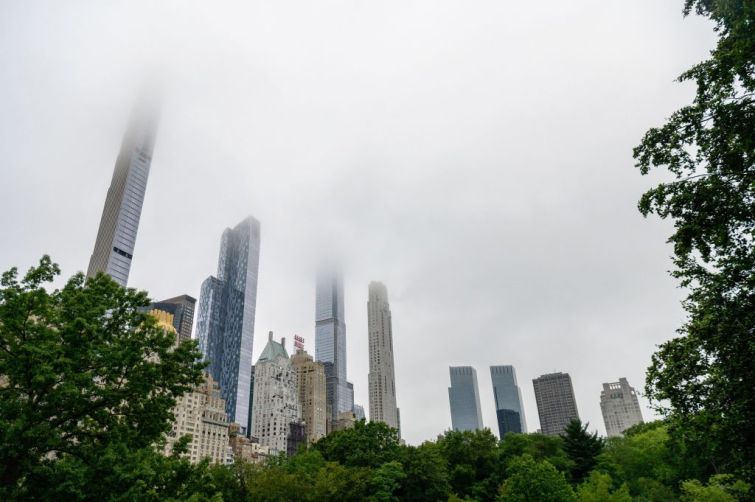 More companies are touring office space, an encouraging sign of the possible end to the pandemic’s detrimental impact on the office market nationwide.

Tour activity in March, April, May and June ranged between 80 and 90 percent of pre-pandemic levels set in February 2020, a huge improvement from the 65 percent seen in December, according to a new report from Cushman & Wakefield.

“The long-term forecast is that office job growth is going to be strong in the 2020s,” David Smith, C&W’s global head of occupier insights, told Commercial Observer. “It’s going to continue to grow faster than the overall employment, as we continue to move towards a knowledge economy and an experience economy that requires those creative class and office-using type jobs.”

A return in office jobs that were cut during the pandemic, more businesses signing longer-term leases, and leasing activity growing by 18 percent from the first to the second quarter of the year are all reasons for optimism in the office market, according to the report. More than three-quarters of new leases signed in the first half of this year were for more than four years, consistent with trends before the pandemic, according to the report.

Los Angeles, Washington, D.C., New York City and Chicago all saw more office tours in June compared to just six months prior. However, both New York and D.C. reached a peak in April and dipped slightly in June, according to the report.

The report expects tour activity to impact leasing activity, though that can’t yet be seen in the national office vacancy rate, which increased for the seventh straight quarter, to 17.2 percent in the second quarter of this year.

“Leasing takes a little bit of time to absorb because we don’t measure absorption until companies start moving into that space,” said Smith. “Our current forecasts are that vacancy will continue to slowly increase over the next couple of quarters, and then we’ll start to see that reverse in the middle of next year.”

New leasing and lease renewals also increased by 18 percent and 7 percent, respectively, this quarter from last.

The pandemic caused severe consequences — from high unemployment rates to business shutdowns — but the office market is recovering faster than in two previous recessions, according to the report. Growth in office-using employment declined for nine consecutive quarters in the past two recessions. But it only declined for four straight quarters during the pandemic, thanks to the economy adding more office-using jobs last quarter, according to the report.

But, as office jobs have grown, net absorption of office space has not. Instead, companies may be avoiding taking on new space because of the uncertainty on how offices will be used whenever employees return to in-person work.

“We’re seeing job growth recover, but we’re not yet seeing office demand recover,” said Smith. “As employment does increase, companies are still going to need more space. We’ve seen that even during the pandemic, where some companies have been doing very well [and] … have been signing new leases even.”

Smith is keeping a close eye on the impact of the delta variant, which has left multiple, big office employers — like Amazon, Apple and Google — scrambling to scrap or delay return-to-work plans.

“Certainly, there’s gonna be some delays in [the] return to office for those companies,” Smith said. “The flip side of that is, with the [Pfizer] vaccine being fully approved, you might start to see more companies start mandating vaccinations, which may lead to a little bit more speed in which employees are expected to get back to the office.”

If a surge in cases of the more contagious delta variant slowed down job growth or caused the business restrictions seen last year to resume, the office market could be adversely affected. But, Smith said he did not expect job growth to dip due to the variant.

The Food and Drug Administration approved the Pfizer-BioNTech COVID-19 vaccine for those ages 16 and older on Monday, an encouraging sign for companies hesitant on requiring employees to show proof of vaccination. But, ultimately, for a full office recovery, the market is going to need time, Smith said.

“We’ll see [tenants] ready to commit to space moving forward, and then that will start to drive leasing activity up and follow with absorptions,” Smith said. “We really think it’s a matter of time and a matter of certainly getting the health concerns under control, so that companies can get their people back in the office and can start to see how a post-pandemic workforce and workplace really operate.”