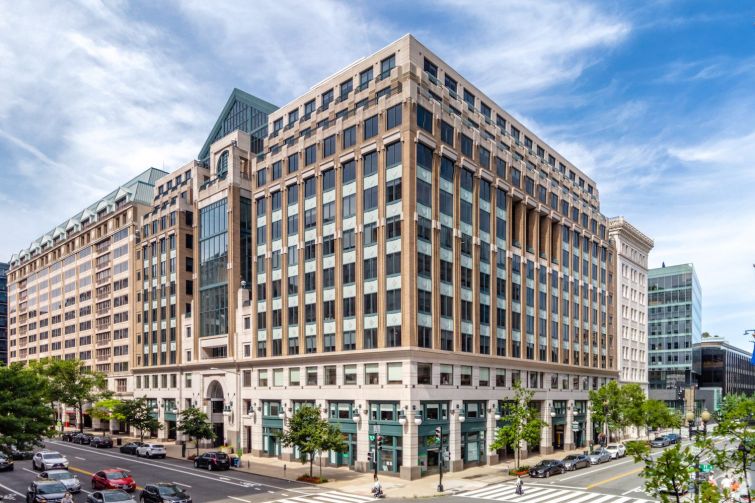 Law firm PilieroMazza is relocating its D.C. offices to the Washington Center, a 363,576-square-foot office building owned by a joint venture of affiliates of Quadrangle Development Corporation and Oxford Properties Group, Commercial Observer has learned.

PilieroMazza signed a 12,066 square-foot lease at the property, located at 1001 G Street NW, taking space on the 11th floor.

The firm, whose clientele includes government contractors, businesses and nonprofits, will be relocating from its current home at 888 17th Street NW.

“PilieroMazza’s relocation to 1001 G enables them to design offices that incorporate new law firm space trends, in conjunction with the firm’s future teleworking policies, resulting in an office space that their partners and staff will be excited to return to,” Erica King said in a prepared release. “1001 G exceeded all of their objectives, and we’re really happy about this new opportunity for PilieroMazza.”

The 12-story building is situated in Metro Center, at the heart of the East End district. It offers direct internal access to the Grand Hyatt Hotel and the Metro Center commuter rail station.

According to Owen, the ownership team has made significant investments into upgrading the property, and those improved amenities coupled with an ideal location continues to attract best-in-class tenants.

The renovations included upgrades to a 7,533-square-foot fitness center, a newly built rooftop terrace featuring views of the U.S. Capitol and Washington Monument, and the addition of a secure bike storage facility.

Other tenants in the building include Optoro, Earthjustice, Honda and Subaru. Currently, 44,349 square feet of space remains available.

Newmark Research recently revealed that the economic recovery in the D.C. metro area picked up in the second quarter of 2021, with the region adding 207,100 jobs, a positive step in the metro area’s recovery as job creation will bolster demand for space.