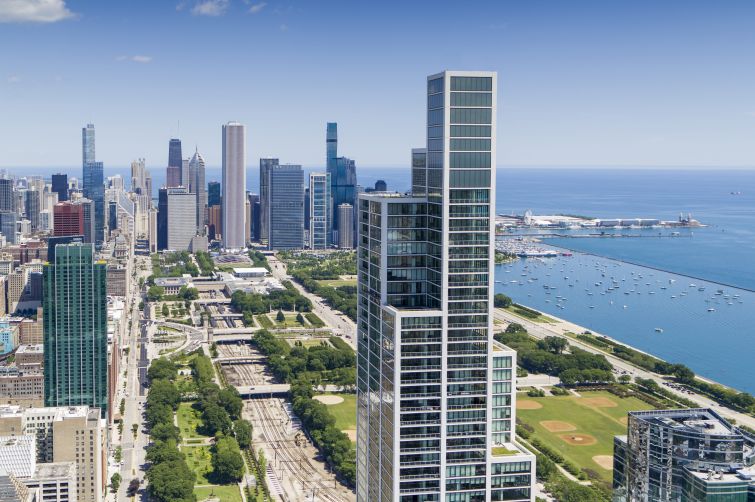 Crescent Heights has nabbed $345 million in debt from Bank of China and private equity giant KKR to refinance its NEMA Chicago luxury residential tower, the largest such asset in the city, Commercial Observer has learned.

Bank of China supplied $280 million in senior debt, while KKR provided $65 million in mezzanine debt to round out the stack, sources said. The loan will accrue interest at a floating, all-in rate of 2 percent, according Crescent.

The contribution from KKR marked the first debt investment made by its newly formed, closed-end fund vehicle, KKR Real Estate Select Trust (KREST), which launched in May. The vehicle is led by KREST CEO Billy Butcher, who is also the chief operating officer of KKR Global Real Estate.

“KREST’s first investment in a mezzanine loan is representative of the real estate credit component of KREST’s strategy: attractive yield backed by strong sponsorship and a best-in-class asset in a top market,” Butcher said. “We are excited to enhance and further diversify our portfolio with NEMA Chicago.”

Bank of China has a history with Crescent Heights’ soaring NEMA multifamily developments, having provided $390 million in debt financing on the 1.1 million-square-foot NEMA San Francisco in April 2015. It also financed Crescent’s Ten Thousand development at ​​10000 Santa Monica Boulevard in Los Angeles two years later with a $360 million loan. The bank’s U.S. commercial real estate banking practice, led by Anthony Wong, was refinanced out of those two positions in April 2019 via $734 million in commercial mortgage-backed securities (CMBS) debt originated by Natixis. Less than a year later, in January 2020, Bank of China provided $187 million to refinance NEMA Boston at 399 Congress Street.

“We are pleased to continue to elevate the capital structure with long-term execution from two exemplary institutions, with whom we have done multiple transactions with,” Crescent Managing Director Casey Klein told Commercial Observer. “NEMA Chicago has proven to be an elevated asset who has stayed strong during the recent COVID-19 challenges, as shown by the reception of the capital markets to this transaction.”

Klein and Crescent Vice President Jason Buchberg led the deal, which did not include any capital markets intermediaries.

Crescent Heights has clearly been on a tear — led by Klein — refinancing it’s luxury residential real estate by leveraging a low interest-rate environment that’s been alive since before the pandemic.

While it was financing its other holdings, it finished construction on the 800-unit NEMA Chicago in 2019, adding it to its arsenal.

The Rafael Viñoly-designed, 76-story development towers above the Windy City at 1210 South Indiana Avenue as its tallest residential structure, offering expansive views of Lake Michigan and Grant Park and nearly everything Chicago has to offer. The property also features 71,000 square feet of amenity space.

KKR has been involved with NEMA Chicago in a lending capacity at different points in the short time since Crescent broke ground on it, according to Klein, with the private equity firm now sticking around to kick off its new fund vehicle with this deal. KREST will be targeting private debt investment opportunities — new loan originations, preferred equity investments and CMBS — that exhibit “attractive yield supported by underlying properties with consistent and defensive cash flow,” according to an announcement from the firm.

“We are thrilled to build on our longstanding relationship with Crescent Heights and participate in the refinancing of this premier property as it enters into the next phase of its business plan,” said Matt Salem, a partner and head of real estate credit at KKR. “NEMA Chicago is delivering a luxury live-and-work experience that is in high demand, and we believe the property is well positioned for continued growth and outperformance.”