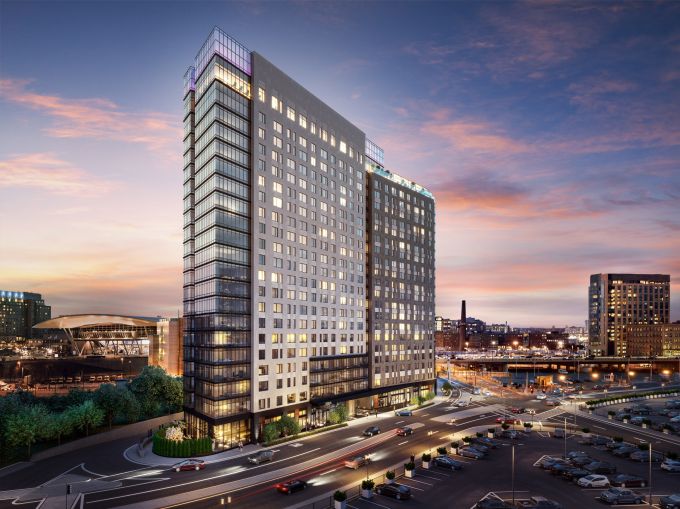 Crescent Heights has locked down a $187 million refinance for NEMA Boston, a luxury residential property at 399 Congress Street in Beantown, sources confirmed to Commercial Observer.

Bank of China provided the debt in the direct deal, which was led by Crescent Heights’ Casey Klein and Sarah Teunis and replaces $157 million in construction financing that was provided by ULLICO in 2017.

The 414-unit, 22-story luxury property — with smart home technology in every residence— is located in Boston’s trendy Seaport District and received its temporary certificate of occupancy on January 6. The asset includes 2,500 square feet of retail and lobby space on the ground floor.

As a nod to the Seaport District’s nautical history and inspired by the bow of a ship, NEMA Boston’s facade has a distinctive slant. The lobby is also Seaport-inspired with custom art pieces.

The property’s amenities include a garden complete with fire pit, a terrace with views of the Boston skyline, an outdoor rooftop movie screen, a heated rooftop plunge pool, a private game lounge, a yoga studio and a chef’s kitchen.

Beginning in 2013 with NEMA San Francisco, NEMA — short for “new market”— is  Crescent Height’s lifestyle apartment brand inspired by each city it calls home. Each of the NEMA properties are sustainably built and community-minded.

CO reported last year that Crescent Heights would soon be in the market seeking new financings for both its NEMA Boston and NEMA Chicago properties (after refinancing its NEMA San Francisco and Ten Thousand projects with Natixis CMBS loans). The NEMA Chicago refi is currently underway, sources said.

Officials at Bank of China did not immediately return a request for comment.