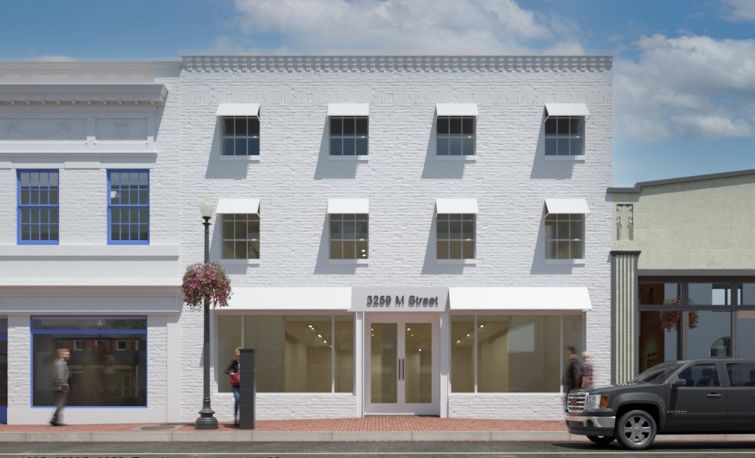 EastBanc, a Washington, D.C.-based developer and property manager, has signed two fashion retailers on one block in Georgetown.

“Both of these tenants share some common trends, namely they have been researching a location in Georgetown, D.C., for many years; have high confidence in their success in this market; and have a good connection to their customer through both the physical and digital experience,” Philippe Lanier, EastBanc’s principal, told Commercial Observer. “We are highly confident it will result in increased foot traffic, a better visitor experience, and sustain the trend of top brands seeking additional addresses in Georgetown.”

The Everlane store will be its first in the D.C. area. The company opened its first store in 2017 in New York City, joining the wave of digitally native brands that moved into physical retail following their online success. The location is slated to open sometime this fall, and will feature an assortment of fall-ready men’s and women’s clothing.

Aerie’s Georgetown location will feature its sub-brand OFFL/NE, and offer space for customer experience activities such as ping pong. The store is scheduled to open in September.

“We have been working with these brands for many years to find the right space suitable to them — both locations only became available in the past six months — and the brands were quick to work with us and secure an immediate arrangement to open a D.C. location in Georgetown,” Lanier said.

Over the past year, EastBanc has signed leases with such brands as Avocado Mattress, Blu Dot and Faherty Brand for the area, and launched its own retail lab concept, Concept 31/M, to support businesses in Washington, D.C.

EastBanc was self-represented in both deals. Aerie was represented by Steven Stern, who is in-house at American Eagle, while John Auber of The Auber Group and Jennifer Price of KLNB represented Everlane in its lease.