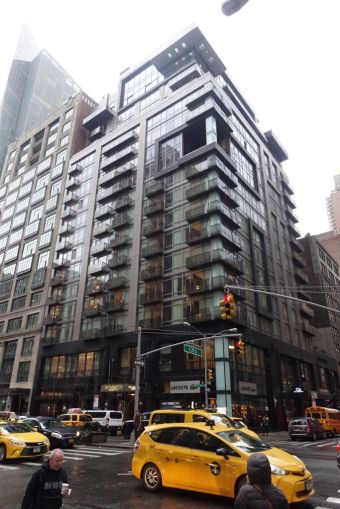 Another Manhattan hotel is facing distress: this time, the Royalton Park Avenue, whose owners are close to defaulting on a $124 million loan.

Highgate Hotels and GreenOak Real Estate’s loan on the 249-room hotel at 420 Park Avenue South was sent into special servicing and is near default after Highgate and GreenOak fell behind on payments, Crain’s New York Business reported.

Spokespeople for Highgate and GreenOak did not immediately return requests for comment.

GreenOak and Highgate bought the hotel, which was previously called Gansevoort Park Avenue, in 2017 for $200 million and rebranded it Royalton Park Avenue, as Commercial Observer previously reported.

While the tourism industry has started to slowly bounce back in the city, hotels aren’t expected to hit normal occupancy rates until 2025, and hundreds of hotels in the city have shuttered their doors or changed hands.

Last week, Katara Hospitality nabbed the ground lease for the Dream Downtown hotel in Chelsea after the owner defaulted on its $80 million loan. (The ground lease transfer will not affect hotel operator Dream Hotel Group’s agreement to run the location.)

In Brooklyn, Heritage Equity Partners filed for bankruptcy on its flagship development, The Williamsburg Hotel, and faces foreclosure on the Bushwick land it planned to build a 144-room hotel on.

With a growing number of vacant hotels in the city, the New York Legislature passed a bill last week to allow the state to purchase and convert them into permanent affordable housing.

But, not everybody is running away from the hospitality industry. Jeff Sutton’s Wharton Properties wants to turn its two-story retail building at 25 West 34th Street into a 363-room hotel and filed a permit with the city in April.