Cities Have Grown More Diverse, And More Segregated, Since the `90s 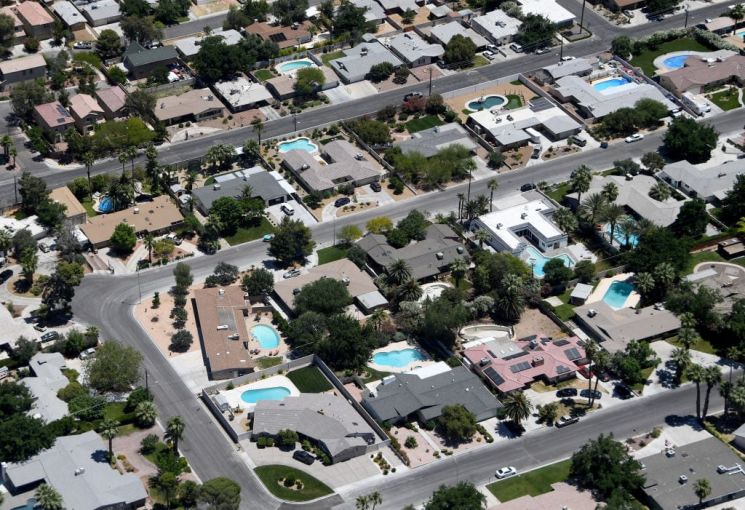 An overwhelming majority of American cities have grown more segregated over the last 30 years, even as many have grown more diverse, according to a new report from the University of California, Berkeley.

Out of the 209 metros throughout the United States that have more than 200,000 residents, 81 percent had grown more segregated since 1990, according to the study, released earlier this week.

“Racial, residential segregation is, and has been, a mechanism to exacerbate racial inequality,” said Samir Gamhbir, co-author of the report, in a talk presenting the findings. “Not surprisingly, median household income, home values, and homeownership rates in segregated white communities is much higher than segregated communities of color.”

These patterns are rooted in a history of discrimination. A full 83 percent of neighborhoods that were redlined — designated as high-risk for home loans by the federal government — back in the 1930s remained highly segregated today, the report found.

The report, from the Othering & Belonging Institute (OBI), introduced a new way to measure segregation, using the difference between the diversity within a census tract relative to the city or metropolitan area in which it is located. That accounts for places like New York, where both the city and metropolitan area are highly diverse, but most residents live in neighborhoods with high concentrations of people of their own race or ethnicity.

In fact, the New York metropolitan area was the country’s most segregated region, according to the report, followed by Chicago, Milwaukee and Detroit, with Miami and Los Angeles coming in fifth and sixth. But whereas New York has barely made progress on integration since 1990, the Miami metropolitan area made one of the biggest leaps toward integration, behind only Savanna, Ga., and San Antonio, Texas.

In all three cases, the cities lost some of their white population, while gaining Latino population. Miami’s Black population increased by 24 percent, whereas Savanna’s decreased by four percent.

This tracks with the report’s finding that, overall, cities in the Midwest and Mid-Atlantic regions were some of the most segregated and had grown worse over time, while cities in the Southeast and Texas had not continued to integrate.

Another wrinkle is what happens when historically Black or brown communities become targets for development. For example, the metropolitan Washington D.C. area is the 15th most segregated metro in the country, and has grown less integrated over time. A closer look shows that while some developing neighborhoods have become more integrated since 2000, but that could be a byproduct of gentrification.

“At some point in time, you might see that neighborhoods that are becoming seemingly more integrated could be at the tipping point of becoming more gentrified,” Gambhir said, according to the DCist.

While segregation is certainly not a new issue, for some people the disparate outcomes of the COVID-19 pandemic, which hit lower-income and neighborhoods of color harder than their whiter counterparts, brought home for people that this isn’t a matter relegated to history, the researchers said in the presentation.

“That history of discrimination, unfortunately, isn’t just in the past,” said Ajmel Quereshi, senior counsel at the Legal Defense Fund.

He pointed to the aftermath of the Great Recession, as a recent example. In 2008, more than 50 percent of Black mortgage holders had subprime loans, compared with 17 percent of white homeowners. And it’s not like they were less qualified. In 2002, Black were three times as likely to receive a high-risk subprime loan than a similarly qualified white person.

With a looming eviction crisis, unaffordable cities, a housing crunch, and a booming single-family rental market, it’s easy to see how these patterns can continue to be perpetuated without intervention.

“A lot of the history that we’re working against is ongoing and very recent,” Quereshi said during the presentation.