CDC Eviction Moratorium Survives What May Be Its Last Challenge

U.S. Supreme Court rules it can run its course through July 31. Then what? 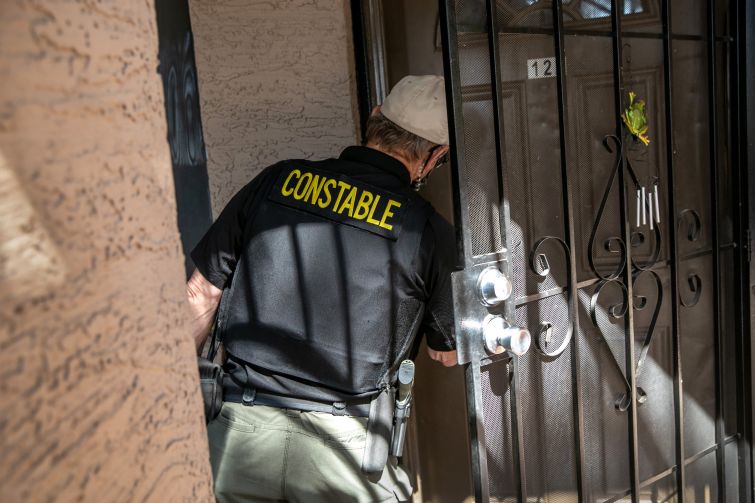 In a 5-4 ruling, the U.S. Supreme Court let stand the Centers for Disease Control and Prevention‘s moratorium against most residential evictions for qualified tenants until July 31.

A lower court judge had sided with a group led by the Alabama Association of Realtors, which challenged the ban on the grounds that the CDC had overstepped its congressionally mandated authority. The judge stayed the ruling pending an appeal from the federal government. That appellate decision in favor of the stay came earlier this month, and the realtors then appealed to the high court.

“The stay order cannot stand … Congress never gave the CDC the staggering amount of power it now claims,” the realtors wrote in their appeal.

The Supreme Court disagreed, with Justice Brett Kavanaugh casting the decisive vote largely because the moratorium’s expiration is fast approaching.

“Because the CDC plans to end the moratorium in only a few weeks, on July 31, and because those few weeks will allow for additional and more orderly distribution of the congressionally appropriated rental assistance funds, I vote at this time to deny the application to vacate the District Court’s stay of its order,” Kavanaugh’s decision read.

Landlords in particular have long chafed under the moratorium, which the CDC put in place last September after a similar ban from Congress expired (the agency extended the moratorium another month just last week). Owners and their allies have challenged the legality of the ban, and have warned of its potentially catastrophic effects on the real estate industry and the larger economy.

“Landlords have been losing over $13 billion every month under the moratorium, and the total effect of the CDC’s overreach may reach up to $200 billion if it remains in effect for a year,” the Alabama realtors’ appeal read. “And due to the government’s sovereign immunity, its inability to provide timely rental assistance, and the judgment-proof nature of the tenants covered by the moratorium, that massive wealth transfer (and accompanying government-sanctioned, unlawful occupation of property) will never be fully undone.”

The CDC moratorium — enacted to stem the tide of the novel coronavirus when thousands of Americans were dying of it daily and vaccines seemed far off — does not forgive rent. Nor does it preclude landlords from charging or collecting fees, interest or penalties; nor does it protect mortgage holders from foreclosure.

Such a setup has led tenant advocates to decry the moratorium almost as much as landlords. Both sides say the ban does nothing to provide actual financial relief to renters or owners, and instead simply delays an inevitable reckoning that could involve millions of eviction proceedings around the same time nationwide.