Amadeus is placing 84,110 square feet on the market 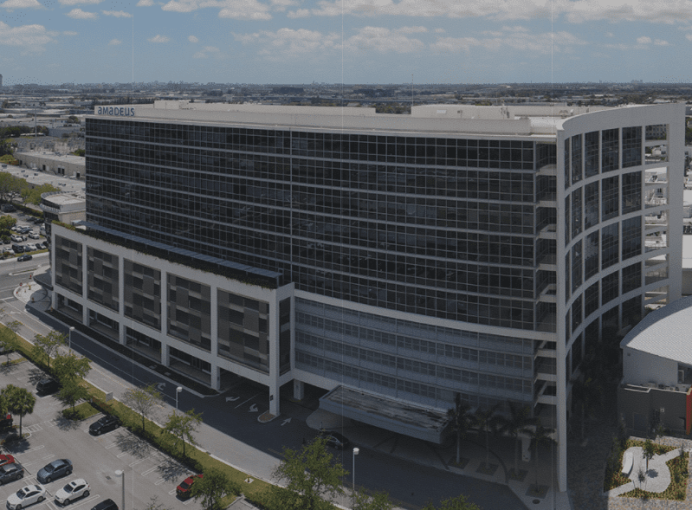 As high-profile newcomers snatch up Miami leases, Amadeus, a leading travel software company, is downsizing its footprint in the city, Commercial Observer has learned.

The tech company is vacating its entire North American headquarters at One Park Square in Doral, Fla., placing the entire 84,110 square feet on the market. The global firm is looking for a new office with about half that square footage and plans to keep its U.S. headquarters in Doral.

“This transition is about creating a space focused on culture and promoting collaboration,” said Savills broker Tom Capocefalo, who represents Amadeus and is heading the sublease process. Amadeus’ current lease will run out in five years, he added, and declined to provide the asking rent.

Amadeus’ 85,000-square-foot office is hitting the market as industry giants scout Miami locations. For example, hedge funds, such as Citadel and Millennium Management, are rumored to be looking for around 80,000 square feet.

Located on the outskirts of Miami-Dade County, the 281,785-square-foot Doral office building stands just west of the city’s main airport at 3470 NW 82nd Avenue. Other tenants include wholesalers Nature’s Flowers and Alcora Group.

While less trendy than Brickell and Wynwood, the surrounding area west of Miami International Airport is a popular spot for the main offices of large corporations. The fast-growing Cano Health, valued at $4.4 billion, recently signed a 115,000-square-foot lease at Flagler Station, the South Florida Business Journal reported. About 10 miles south, fast-food giant Subway leased 64,000 square feet at the Waterford Business District in March, according to The Real Deal.

Once a center for warehouses, Doral has undergone a transformation in recent years, thanks to redevelopment. Just across the street from One Park Square sits CityPlace Doral, an outdoor shopping center developed by Related Group, which opened in 2017. Even former President Trump got into the action, buying a golf course in the neighborhood in 2012.

Amadeus designs and implements software for the travel industry. While its revenue dipped to $2.5 billion in 2020, it soared to $6.6 billion in 2019, pre-pandemic. With more than 16,000 employees, the company has offices around the globe in Dubai, Sydney, and São Paulo, with its global headquarters in Madrid, Spain.