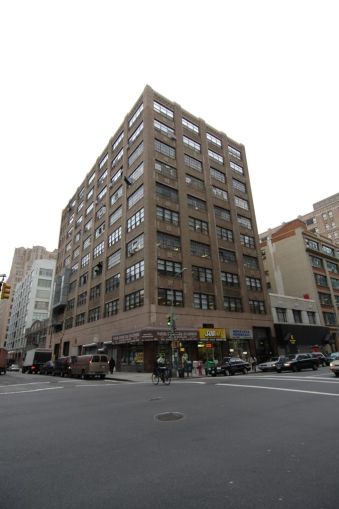 Tishman Speyer will bring its own coworking brand, Studio, to a former WeWork space located at 175 Varick Street, Commercial Observer has learned.

Studio will expand into the Varick Street property as well as 11 West 42nd Street, growing Studio’s footprint in Manhattan to 350,000 square feet of space.

The expansion is no surprise, considering that Tishman Speyer rolled out its coworking concept in two other Manhattan buildings in July, as flexible leases gained popularity during the pandemic. Demand for flexible office space nationwide increased by 21 percent in the second half of 2020, according to a report from The Instant Group.

Tishman Speyer launched Studio in 2018 as a direct competitor to companies like WeWork, Knotel and Industrious, whose business models relied on signing deals with landlords, then offering up blocks of the space to smaller companies with more flexible options. Studio currently has outposts at Rockefeller Center, 300 Park Avenue and CitySpire.

WeWork previously operated a 75,000-square-foot outpost at 175 Varick, which it signed a deal for in 2011, but Studio took it over once WeWork closed the location to consolidate its portfolio. Thais Galli, a managing director at Tishman Speyer and the head of Studio, would not identify the tenant in the 11 West 42nd location.

The brand adapted to the pandemic by offering short- and long-term leasing options that can be adjusted as companies reevaluate their office needs with increased sanitation and virtual community programming, a spokesperson for Tishman Speyer said in a statement.

“We’re kicking off the official season of going back to the office, and we couldn’t be more excited to welcome customers to 11 West 42nd and 175 Varick,” Galli said in a statement. “We are already seeing great interest by companies of all sizes to take advantage of the various options we have to offer. People are excited to come back together, collaborate, and feed off the creative energy that being together creates.”