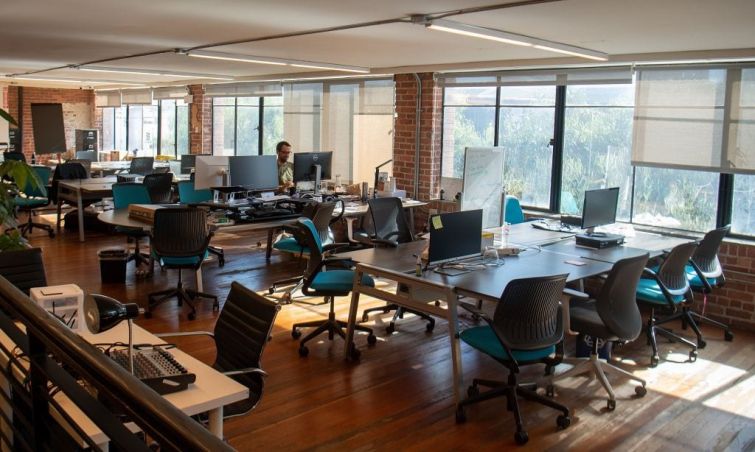 As employers look to bring workers back into the office, demand for flexible office space is increasing, particularly in areas that offer a better work-life balance, according to a report by The Instant Group.

Demand for flexible office space nationwide increased by 21 percent in the second half of 2020, according to the report. However, transactions tended to be for smaller buildings with fewer desks, causing transaction size to decrease by 29 percent.

Secondary cities — like Austin, Texas, and Denver — had the strongest demand for flex space, because of cheaper apartment rents and higher quality of life than some major cities.

“We call them lifestyle cities,” Joe Brady, CEO of the Americas for The Instant Group, said. “You have quality of life. If you’re commuting, you’re doing so by car or scooter or bike. The weather’s fantastic, the tax environment … is massively welcoming, and so you can actually achieve what we’ve always talked about. This notion of a work-life balance.”

In the second half of 2020, demand for flex space rose by 22 percent in Denver and 20 percent in Austin compared to the previous six months, the report found.

“Although they are not alone, Austin and Denver have seen an unprecedented influx of businesses in recent times, including Palantir [Technologies], Oracle, and Tesla,” the study reads. “The relocation of tech giants such as these will, in turn, attract smaller businesses and start-ups to the area, who typically have a high propensity to use flexible office space.”

However, New York City saw a drop in demand for flexible office space in 2020 compared to 2019, while surrounding spots, including Westchester, N.Y.; Connecticut; and New Jersey saw a significant spike. As workers traded city apartments for suburban homes — there were 44 percent more home sales in the suburban areas surrounding New York in July 2020 compared to 2019 — people are looking to work closer to home, Brady said.

“What you had were folks that were wanting to work near home and having that alternative,” Brady said. “We see that as a reaction. What we’re going to all have to do is track to see if a five-day-a-week workweek will actually return. Our position is that it probably … could be two-and-a-half, three days a week in the office.”

Employers have been attracted to flexible office space because of the shorter terms — the survey found that average initial lease length for such space dropped by one month — and the ability for companies to reassess their portfolio every few months, rather than five to 10 years, said Brady.

“You review your headcount, you look at your profit and loss, [and] you, of course, correct your business every four to six months,” Brady said. “The agile lease allows companies to keep up with the speed of business.”

Increasing demand for flexible office space represents a potential windfall for small providers, which represent the majority, 75 percent, of the flex office space market, but were most hurt by the pandemic, the report said.

The market is also facing steadily increasing competition from more traditional landlords, with Tishman Speyer continuing to expand its own coworking brand and CBRE buying a 35 percent stake in Industrious.