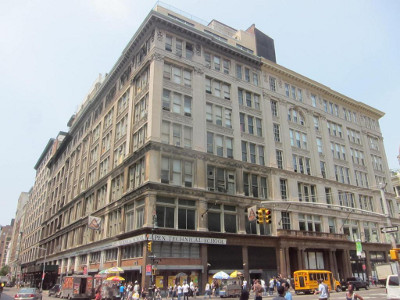 SL Green Realty Corp. has sold its 635-641 Sixth Avenue to San Francisco-based Spear Street Capital at a gross sale price of $325 million, Commercial Observer has learned. The deal values the Midtown South property at more than $1,200 per square foot.

The sale is expected to close in the second quarter of 2021, generating net cash proceeds of $312.5 million, according to an announcement from SL Green. Spear Street Capital — an office property owner and operator— is in contract to purchase the property, though the deal has not been finalized, according to several sources familiar with the acquisition.

The 267,000-square-foot property is 94 percent leased and is home to enterprise software company Infor through 2030. The sales price represents a significant increase from the $173 million that SL Green spent to acquire the property in 2012.

The landlord completed a redevelopment of the property in 2015, building a new lobby, elevators and a penthouse rooftop with outdoor event space.

“New York City’s revitalization continues as does the demand for Class A office buildings,” Harrison Sitomer, an SL Green senior vice president, said in a statement. “The disposition at a sale price of more than $1,200 per square foot is a result of extensive repositioning and leasing efforts at the property, which is further evidence of the breadth of expertise that the SL Green platform brings to the table. Completion of this transaction represents another step in the successful execution of our 2021 business plan.”

The property includes two adjoined buildings that take up the western block-front on Sixth Avenue from 19th to 20th streets in Midtown South.

The sale marks another property SL Green has unloaded this year. The large landlord entered into contracts to sell its interests in the Sky apartment tower, located at 605 West 42nd Street, to The Moinian Group as well as 400 East 57th Street to A&E Real Estate in April. In February, it agreed to sell its 25 percent stake in office building Tower 46 to Brookfield Asset Management for $275 million.

Officials at SL Green declined to comment and Spear Street officials did not immediately respond to requests for comment.

Update: The story has been updated to indicate that CBRE declined to comment.