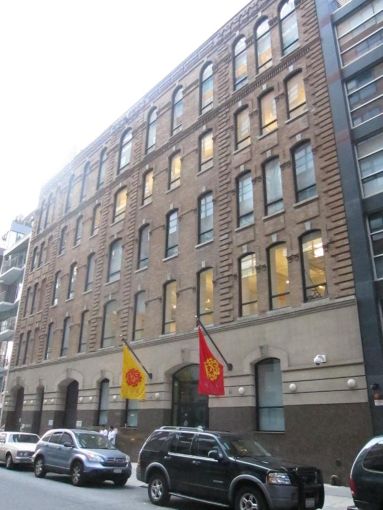 As we round out a busy week of deal activity in New York City, there’s one more piece of good news to report before we officially turn our ‘weekend mode’ switch on.

Citigroup has closed a $39 million CMBS refinance for RIMCO’s 335 West 16th Street in the Chelsea neighborhood of Manhattan, Commercial Observer has learned.

B6 Real Estate Advisors’ Steven Sperandio, a partner and senior managing director at the firm, negotiated the deal along with B6 managing director Matt Shatz, while Citi’s Eric Mirvis led the senior loan on behalf of the lender, sources said.

The financing closed on May 27.

The property is home to the School of Visual Arts (SVA), which leases the building in its entirety — 54,000 square feet — and primarily uses the space for its world-renowned Fine Arts Department.

SVA’s rapid growth hasn’t been derailed by COVID, and the multidisciplinary college of art and design recently renewed its lease at the property for a 20-year term without any termination options in a triple-net-lease structure.

The building has a prime Chelsea location, too, sitting directly across the street from Google’s massive campus and in close proximity to the Dream Downtown Hotel and the Maritime Hotel.

As CO previously reported, Sperandio is also leading the sale of 251 Flagler Street — a 2.5-acre assemblage — in Downtown Miami.

Officials at B6 and Citi couldn’t immediately be reached for comment on Friday afternoon.