Luzzatto Secures $55M for The Depot Creative Office In LA 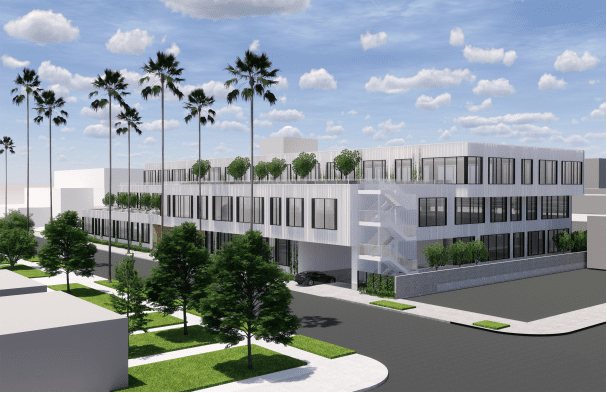 The Depot is two blocks from the intersection of the city’s two transit lines: the Blue Line and the Crenshaw/LAX line. photo: The Luzzatto Company

The Luzzatto Company, a pioneer in the fast-growing West Adams neighborhood in Los Angeles, has secured $54.73 million in financing to build a 1.5-acre creative office campus, Commercial Observer can first report.

The stack includes a $28 million senior loan through Bank OZK and a $26.73 million mezzanine loan through Related Fund Management, according to JLL, which arranged the financing. The 107,199-square-foot development at 3609 10th Avenue called The Depot includes three levels of outdoor space totaling more than 20,000 square feet, and a 225-space subterranean parking garage.

The Depot is two blocks from the intersection of the city’s two transit lines: the Blue Line and the Crenshaw/LAX line. It’s also located in a federally designated opportunity zone, which allows tax deferrals for investment in low-income areas.

It’s also located about a half-mile from Luzzatto’s Exposition 2, which is the headquarters for GOAT, an L.A.-based online sneaker startup; as well as Sweetgreen’s new headquarters at Exposition 3. Luzzatto has also developed and managed space for tenants like Red Bull, Yahoo!, NPR, The Honest Company, FedEx, Quixote Studios and more.

“The Luzzatto Company is a dominant force in the development of the West Adams micro market,” Aram Zakian, executive vice president of originations for Bank OZK, said in a statement.