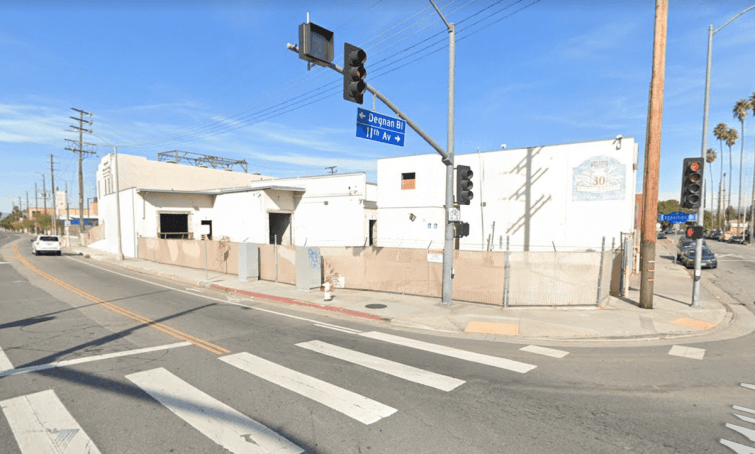 The conversion from industrial to office at 3101 West Exposition Boulevard is in the booming neighborhood of West Adams, at the top of South Los Angeles. photo: Google Maps

HIG Realty Partners has provided a $48.7 million construction loan for a 94,082-square-foot office that will serve as the new headquarters for the growing salad chain Sweetgreen.

The Luzzatto Company is the borrower building Exposition 3 on 2.2 acres in West Adams — a booming neighborhood at the top of South Los Angeles. JLL’s capital markets team arranged the three-year, floating rate financing for Luzzatto, and made the announcement.

The conversion from industrial to office at 3101 West Exposition Boulevard is set to be complete in 2022. TerraCotta Group previously provided $37.2 million in bridge financing for the acquisition and redevelopment of Exposition 3.

The property, and most of West Adams, is located in a federally designated opportunity zone, which allows tax deferrals for investment in low-income areas. It’s also near a light rail station for Metro’s Expo Line. At the start of 2020, Luzzatto told Commercial Observer that the Metro Expo Line, which opened three stops in West Adams in 2012, spurred new investment and more conversions and lease deals.

The JLL team representing the borrower was led by Paul Brindley, Jeff Sause and Spencer Richley.

The Luzzatto Company’s portfolio includes retail, office, multifamily, industrial and film studios, and the firm has developed and managed properties for Red Bull, Yahoo!, NPR, FedEx, and Quixote Studios. Luzzatto also claims to be one of the pioneers that first invested in the West Adams, where it owns six properties. Last year, the firm secured $30 million in refinancing for Exposition 2, which is pre-leased to GOAT, an expanding online sneaker startup that signed an eight-year lease.

HIG Realty Partners is the real estate platform of HIG Capital, and is active across the country with more than $40 billion of equity capital under management and $3 billion in capital commitments.