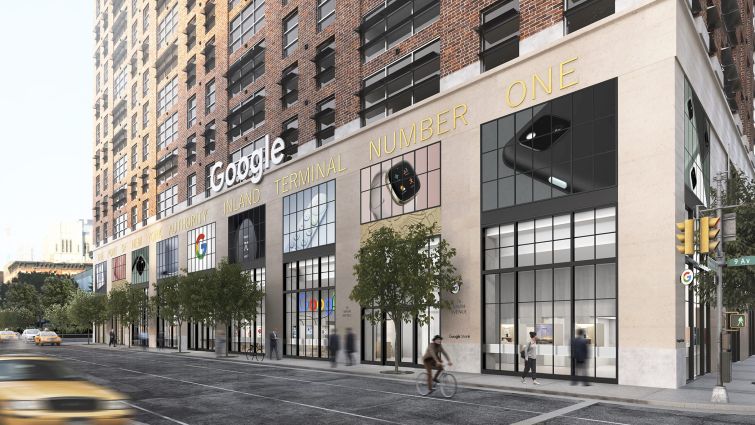 Google is betting on brick and mortar, with plans to open its first-ever physical store in Manhattan’s Chelsea neighborhood. The 5,000-square-foot store will be located at 76 Ninth Avenue and plans to open this summer.

The store is part of the tech giant’s steadily expanding office footprint in the area, Crain’s New York first reported. Google controls several million square feet in the city and employs more than 11,000 people in Chelsea alone. The store will be located on property that Google already owns — a former Port Authority building that the company purchased for $1.9 billion in 2010, also known as 111 Eighth Avenue.

The store will host such events as panel discussions, workshops with Google products, and photography lessons with Pixel. It will also sell and repair Google products, like Nest thermostats, Pixel phones, Fitbits and others.

Google has, in the past, run pop-up shops in major cities, but it’s never before opened a retail store. While the pandemic has caused business closures nationwide, Google is betting that a physical space to showcase its products and services will allow the company to connect directly with customers.

A direct-to-consumer store might be a good bet, considering foot traffic for athletic brands like Nike, Under Armour and Adidas rose by 20 percent nationally during the first week of April compared to the same week in 2019, according to analytics firm Placer.ai, whose report argues that a physical location cuts operating costs and allows businesses to grow a loyal customer base.

The store is also surrounded by Google’s offices — located at the east end of the nearly 3 million-square-foot 111 Eighth property. Google also owns the Chelsea Market building across the street, which the company bought for $2.4 billion in 2018, according to Crain’s New York. The tech company is building office space, too, at St. John’s Terminal in Hudson Square and at Pier 57.