Urban Dwellers Fleeing to Suburbs Crave Best of Both Worlds 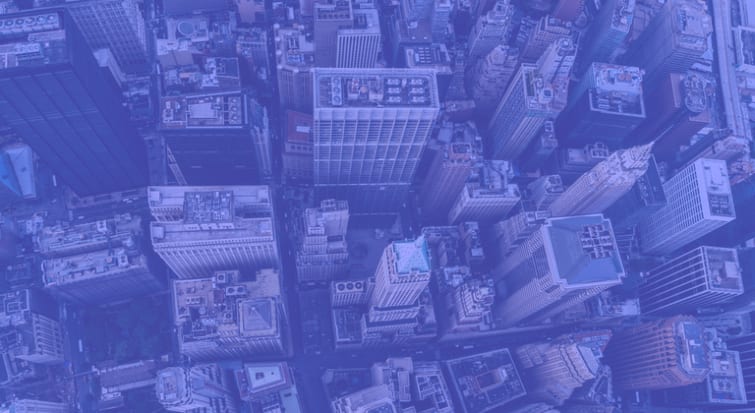 The urban-to-suburban exodus we’ve seen throughout the pandemic was less pro-suburbs than many think, because new suburbanites still desire many trappings of urban life.

This was one of the potential trends discussed during “Real Estate Trends: A Data-Driven Look,” a March 22 webinar on how COVID affected every sector of real estate, hosted by Commercial Observer Partner Insights and presented by Placer.ai.

The panel featured thoughts from Eliot Bencuya, partner and co-founder of Tryperion Partners; Joel Mayer, an executive vice president at Lowe; and Ethan Chernofsky, vice president of marketing at Placer.ai.

Chernofsky began by showing how, according to Placer data taken from an anonymized analysis of location information from more than 30 million devices, Suffolk County has shown a 2 percent increase in population, while Manhattan residency decreased 13 percent as of this past January.

Mayer believes this trend is different from traditional suburban flight, as it portends the emergence of a blend of suburban and urban features in a standard suburban setting.

“People moving to the suburbs still want urban features and amenities,” Mayer said. “We’ve seen a strong desire from people to have that ‘walk to’ location, and to have suburban and urban features together. We’re seeing mixed-use environments and the reclaiming of suburban downtowns, or the conversion of retail properties to village environments. That’s where things will be going, more than to the traditional 1950s suburbanization.”

Mayer also noted that the few urban areas with rising population during the pandemic, like Austin or Charlotte, are actually a confirmation of the trend. They signify a shift, he said, away from the six or seven dense “gateway cities” like New York.

Bencuya has noticed this shift in the office landscape as well. Companies are seeking out suburban office environments with urban-equivalent amenities and other desirable destinations within walking distance. While the office market is lagging overall, existing demand is pointing heavily in this direction.

On the question of retail, Bencuya noted that several tough years for retailers, due to the rise of e-commerce, left them well prepared for these tumultuous times.

Discussing retailers that thrived during COVID, Mayer pointed to frugal fashion as one category that has outpaced expectations.

“Any group in the discount or value section — Target, Dollar General, TJ Maxx, Burlington, Ross, Nordstrom Rack — they’ve all thrived for the last five years,” Mayer said. “While COVID was a bit of a blip for them, they’re back and doing great, and expanding and taking vacant spaces that other companies that failed are leaving behind.”

Mayer explained that some of these businesses are so fundamentally strong that they have thrived, even despite a weak online presence.

“Dollar General is not an online business, but its value is so good. It reaches people in such an efficient way by being small stores out in droves everywhere. It does great, and it will continue to do well,” Mayer said. “TJ Maxx has a value proposition that takes strong advantage of the casualization of the United States. Those companies are doing well because of long-term, secular trends that we’ve seen before COVID, and I think they’ve strengthened themselves through the process.”

Another, less-surprising sector that’s done well is home improvement, as people stuck in their homes sought to make them more palatable to constant habitation.

“I think there’s an inverse relationship between entertainment, travel and home improvement,” Mayer said. “The more time we spend at home is more time we spend thinking about our houses and how we can fix them. And I think that will continue as long as the world is pretty much shut down.”

But credit also goes to the retailers themselves, who understood the moment and reacted accordingly.

“Lowe’s and Home Depot have proven themselves to be very, very good at what they do,” Mayer said. “They’ve added new features and found new customers, and people find that they can rely on them. The decline of the department store has accelerated Home Depot and Lowe’s.”

Bencuya added that credit also goes to the boom in first-home buyers.

“You have a ton of first-time home buyers out in the market right now. That’s showing up in the home-buying data,” Bencuya said. “Single-family homes and townhomes are flying off the shelf — inventory is extraordinarily low. And, for a lot of buyers, this is the first time they are going to be buying non-Ikea furniture, or going to Home Depot or Lowe’s. There are going to be a lot of first impressions made for an entire demographic who never had to furnish a house.”

One COVID-era surprise Chernofsky has found is the resilience of malls, a sector that has supposedly been in its death throes for some time. Chernofsky noted that mall visits, at least in the A+ class, are slowly rising, and posited that as the sector has struggled to change with the times, they could wind up being the suburban/urban blend these times call for. But Mayer added that while A+ class malls have the potential to survive, B and C class malls will likely meet a more dire fate.