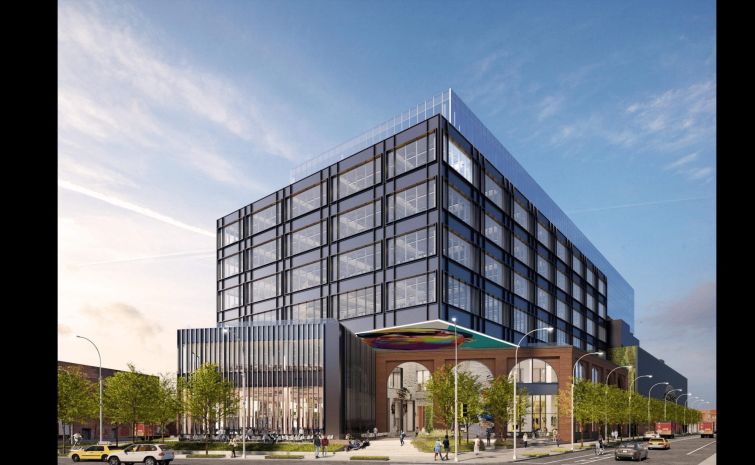 The smoked fish purveyor will stay in Greenpoint, Brooklyn, and serve as the anchor tenant in a new $500 million mixed-use development after the New York City Council approved the project on Thursday.

After a seven-month Uniform Land Use Review Procedure (ULURP), a development for a new 95,300-square-foot, Acme fish smoking and packaging plant will start construction later this year. Rubenstein Partners will build the plant, designed by Gensler, which Acme will lease upon its completion in late 2024.

“From its skilled workforce to its vibrant culture, being in Brooklyn has always been central to this company’s success, and we’re thrilled to now have the opportunity to not only remain here in the borough, but to also expand our operations as we continue to grow with the neighborhood we’ve called home for generations,” Adam Caslow, co-CEO and owner of Acme, said in a statement.

The mixed-use development also includes a nearby nine-story, 454,600-square-foot commercial development that will have 33,800-square-feet of ground-floor retail space, which will be leased to other businesses.

Acme’s new property will be housed on a three-acre location on the block bounded by Wythe Avenue, Gem Street, Banker Street and Meserole Avenue near the company’s headquarters at 30 Gem Street.

The local lox maker first went fishing for a new factory and office building in 2019, not wanting to move too often because its curing and smoking processes require heavily refrigerated rooms and built-in ovens.

Acme employs more than 100 union workers at its fish factory. Its new factory will be nearly 60 percent larger than its existing 60,000-square-foot site and allow the company to grow its fish-processing capacity from 5 million pounds a year to 8 million. Holy cod!

“We applaud … the City Council for their approval of this innovative plan that keeps Acme Smoked Fish in Brooklyn, retains more than 100 good, union manufacturing jobs, and paves the way for thousands of more jobs through compatible commercial development,” Rubenstein Partners’ Stu Little said in a statement.