The number of breweries actually grew in 2020, though production volume was down and challenges remain 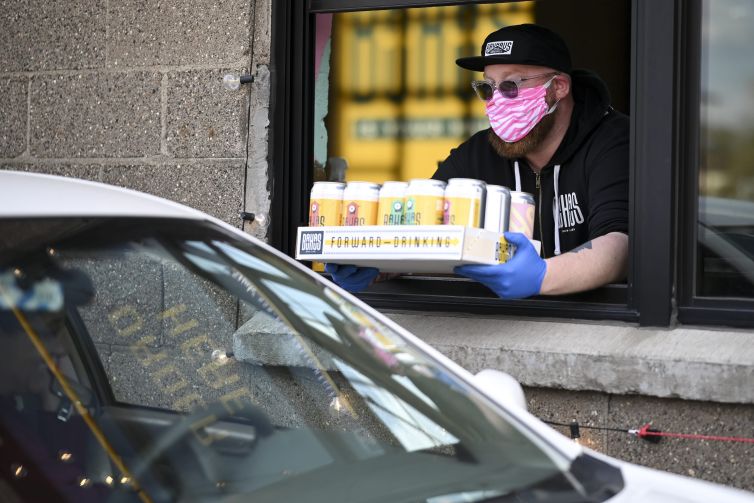 The number of craft breweries operating in the United States hit a record high of 8,764 in 2020, despite grim predictions of COVID-19 ravaging the sector.

Some 716 new breweries opened in 2020, far ahead of the 346 that closed, according to figures released Tuesday by the Brewers Association (BA), the main trade group representing independently owned breweries making beer with more traditional methods and ingredients.

This reality is a marked departure from the doom and gloom that consumed the craft brewing sector at the outset of the pandemic a year ago. An overwhelming majority of breweries that responded to an April 2020 BA survey predicted they’d be out of business within a few months if governments did not lift various COVID-19-related business shutdowns.

Much of the financial hit came from closed taprooms, those customer-facing hubs where a lot of smaller operations do the majority of their sales. (Most craft breweries produce fewer than 1,000 barrels annually; the biggest operations, such as Sam Adams producer The Boston Beer Co., Sierra Nevada Brewing Co., and D.G. Yuengling & Son, turn out a few million each.) Sales of draught beer at craft breweries dropped nearly 100 percent by early April 2020.

Yet, the craft beer apocalypse never really arrived. In fact, COVID-19 might end up being relatively far down the list of challenges craft brewing faces.

The number of such breweries has boomed during the past decade, increasing from fewer than 4,000 in 2015 to well over 8,000 by 2020 (it was around 1,500 in 2000). They’ve become a defining feature of the built environment in big cities and small towns nationwide, a harbinger of gentrification and a haven for hipsters.

At the same time, craft beer’s market share by volume versus the big producers like Anheuser-Busch InBev and Heineken hasn’t really expanded for years, remaining around 15 percent (it was 12.3 percent in 2020, down from 13.6 in 2019, according to the BA). That means that competition has grown fierce.

Add competition from those bigger players — Anheuser-Busch InBev alone has purchased at least 15 craft breweries in the past decade — and from the likes of craft spirits and hard seltzer, and it soon becomes apparent that it was tough enough before COVID-19 to break in and scale up in craft brewing.

That explains 2020’s figures as much as the pandemic. The number of openings in 2020 was down approximately 30 percent from the number in 2019, according to the BA. But only half of this drop was due to COVID-19, the trade group said.

“While many small breweries will remain under pressure until they can fully reopen and welcome their communities into their breweries, the 2020 closing rate has remained on par with 2019, suggesting that the vast majority of breweries will survive going forward,” Bart Watson, the BA’s chief economist, said in a release about the 2020 figures.

Another ray of liquid sunshine for craft beer: It remains a desirable investment. Crowdfunding sites reported strong interest in the sector during 2020, and venture capital poured $73.4 million into craft brewing in 2020, one of the highest annual totals this decade, according to research portal PitchBook.