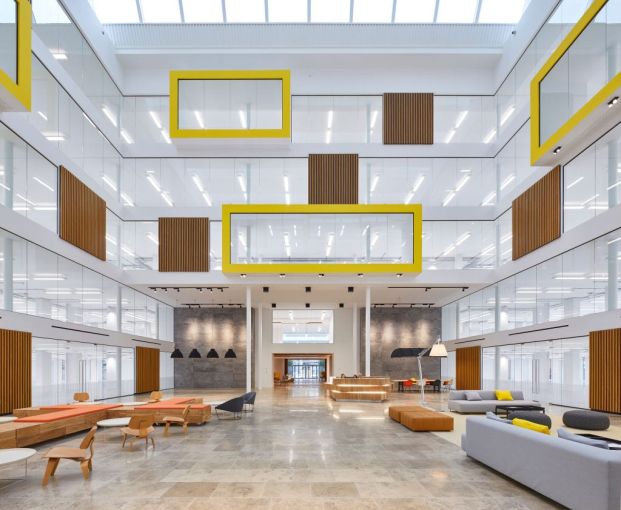 The era of tightly packed offices could be gone as office spaces are expected to be less dense in the coming years as remote work seems here to stay, CoStar Group predicted.

CoStar suspects that a hybrid, part-home, part-office work model might prove the most efficient and productive for employees. Plus, both workers and employers prefer the flexibility. That’s expected to drive down demand for office, and lead to less workplace featuring flexible and collaborative space.

CoStar also examined locations expected to have a higher remote workforce. It predicts the Austin, Texas; San Francisco; Seattle; Charlotte, N.C.; and Atlanta markets will see an increase in office-based work, while Chicago, Washington, Boston, Los Angeles, and Miami will see far less growth. An increase in office-using sectors is the single most important factor in determining future office demand, areas with better prospects are likely to see more demand for office space, according to CoStar. New York’s only expected to see a 12 percent growth in the next five years.

The commercial property group also analyzed jobs in those areas to determine which city had the most remote-friendly jobs. Washington, San Francisco and Boston were at the top of the list, with places like Houston, Miami and Atlanta having more in-person jobs.

Regardless of location, the coronavirus pandemic and remote work has had a profound impact on office employees. Companies including Salesforce, Twitter and Spotify announced plans to let its employees work from home permanently.