How do you keep people coming back to the workplace in the 21st century? 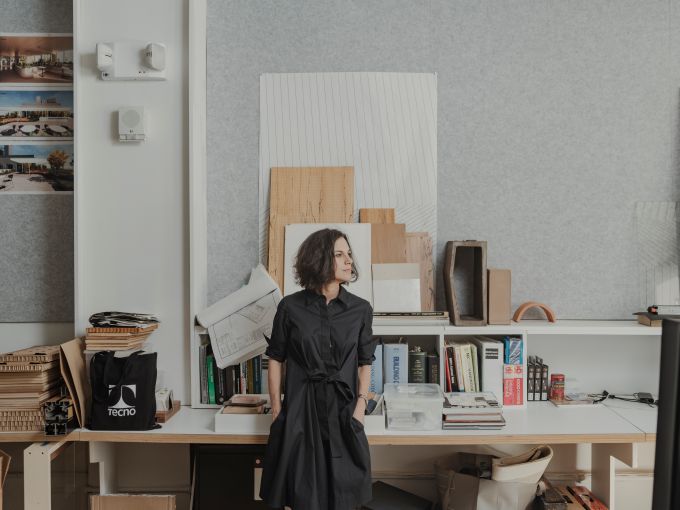 Amenities have become the next big thing in offices.

Even before the pandemic, it was no longer enough to give tenants 250 square feet and cubicles for each office drone. It instead became about giving tenants an outdoor deck and a gym and something high-end to snack on and a place to support their “wellness” and a place to park their bike and care for their pet.

And there are companies that cater to the needs of landlords to cater to the needs of their tenants — whose needs are, as mentioned, even more complicated than before COVID. And the COVID emergency, which has made it a betting proposition about whether employees will even come back to the office in the same numbers as before, has made things dicier.

Enter Sommer Schauer. Her company’s website goes through the trouble of reassuring the reader that, her name notwithstanding, she “neither grew up in a commune nor practices meteorology.”

Though her name may evoke damp mid-July weather, what Schauer is actually is a principal and the chief design officer for Architecture Plus Information (A+I), a consultancy based in Manhattan’s Flatiron District that helps real estate owners dig into the increasingly complex subject of providing for their tenants’ comfort.

Her job gives her a unique insight on how to get and keep folks using commercial real estate in the 2020s and beyond. The firm’s clients include cultish exercise concern Peloton, and Chicago’s The Mart, the massive Art Deco structure known for most of its life as the Merchandise Mart, once owned by the Kennedy family, and now owned by Vornado Realty Trust.

Here are some of her thoughts, edited for clarity and length.

Commercial Observer: How did you guys get into the amenities business?

Schauer: It comes directly from our almost 25 years — 25 years in September — experience in workplace. Increasingly, as our work with tenants became better know, maybe about a decade ago, landlords saw that we knew what tenants wanted, they could see through our work that we were able to find things in their leaseholds, and they began looking at us, like ‘what can we do to our buildings to entice tenants, how can we augment what is in their leaseholds.’

So we’ve been designing spaces and experiences that provide both identity and purpose to buildings to help them retain tenants. Often these buildings are past their prime. It’s part of our history, and our outlook on sustainability as well, taking buildings that are undervalued and helping the landlord provide amenities and programming, and these things become very valuable to tenants.

We’ve picked up a lot of work recently at Hudson Yards, hundreds of thousands of square feet for companies like Equinox, financial service firms, Peloton, which is only a block away. We understand what is happening there. That knowledge informs our thinking. Then we can apply it for landlords at other campus-like properties. A lot of it centers around hospitality forward-type spaces, what we’ve been doing inside the tenant spaces and in the work we’re doing for landlords.

We’re excited that there’s been this evolution towards a more public realm of landlord work.

Project back 25 years to what it was like in those days.

Actually, that was around the first tech boom. Many of the companies we were working for were scrappy tech companies. They had a really different outlook than the more corporate entities did, so they were willing to take risks. They also had crazy staff schedules; they were often doubling and tripling in populations in the blink of an eye.

We had to think differently, we had to be agile, we had to really think about how we could get these projects done for these clients, and make interesting, inspiring spaces on a really tiny timeline. It was very hands-on. We were on the sites with contractors, we were pointing at things. We were trying to do things by the seat of our pants and as quickly as we could.

The result of that was we had a remarkable number of projects under our belt within just a few years. There were some great clients that we have worked with again over the years.

Do your clients tend to be landlords or do they tend to be occupiers? Or a mixture of both?

Both, in almost equal measure.  And, I can’t say whom, but we are also working with someone who is an owner who is also a building occupier. We’re really excited about that opportunity as well.

Sounds similar to what Google is doing. They tend to buy their buildings and, of course, occupy them as well.

We can probably talk about it much more in a couple of months.

In the post-COVID world, how important are amenities, and what are your clients telling you about that?

And, while we think almost every company will have a new attitude toward flexibility, they’re going to come back, at least for some amount of time, to doing the things we’ve all been doing, emphasizing remote work, and collaboration, social interaction, connecting with their peers.

We don’t think they’re going to necessarily want to come back just to do the things they can do from elsewhere, and probably do better from elsewhere, like head-down work, for example. Those spaces in offices will become, we think, cultural learning stations, places for people to intake a company’s values, to repair social connections with our colleagues, to have the collective experiences we’ve all been starved of in the last year.

We think office spaces could become valuable in employee recruitment and retention.

We’ve all gotten used to working in different modes and in different spaces throughout the day. And with the landlord providing alternative settings for work, or ways for a company to provide more workspace, we think that landlords can be real partners for tenants. There’s opportunity there. They can go downstairs, they can sit and take a phone call. They can send emails, something that they don’t have to do from their permanent seat.

What does flexibility mean at work? Can a building provide flexibility for individuals there? What is in addition to providing the flexibility of working from home? Things like daycare, wellness clinics? Things that we’ve gotten more able to access more easily. What if those things were brought to the building?

I know there are a number of landlords that have created an app for people’s smartphone on which workers in their buildings can order lunch, get yourself into a yoga class; you can even schedule a nap. Are you guys trying to provide that kind of service?

It would be silly to think that the digital experience was not at least a part of everyone’s experience these days. That would be as much as the physical experience would be. So we’re definitely working with clients to develop those.

And we’re coming at it from the direction of user experience, how would the app record what the whole building is trying to do and what might be the features that are needed for that app, and what might be the opportunity. Is it scheduling a meeting room? Is it ordering food? Is it scheduling, as you said, a nap? Is it knowing what events are going on in a building, on a calendar?

We are not doing the app development, but we are studying the user experience and the art direction. And we think that will be very important for landlords going forward.

You guys helped create the 21st-century update of The Mart in Chicago, the former Merchandise Mart. At what point were you guys brought in, and what did you do for Vornado to help make that asset a vital place for the here and now?

Interestingly enough, we were brought in only to do wayfinding, signage and lighting. But when we started talking to them about the building, we realized that was kind of a waste. They really needed to reimagine this building, and how it worked internally and how it worked as part of the city of Chicago.

We saw so many opportunities there. And once we started talking to Vornado about them, and explaining what we saw as the potential that this building had and what it would take to get there, they were amazing partners, in taking that opportunity and allowing us to run with it.

The other big thing we realized is there needed to be a big space there worthy of being a destination — the Grand Central or the Moynihan Station now of the Mart — for a massive building; I believe it’s 4 million rentable square feet. It deserved a space that was worthy of that scale of building. That was the Grand Stair there, which connected the historic lobby to the rest of the space and which really became that destination. It’s where the public and private mix.

There’s a lot of energy in that space. It brings a center of gravity to everything else that that space surrounds.

So it sounds like you guys got your foot in the door, and got them to reimagine the whole space.

Yes. Even in the food and beverage, hospitality end of it — in reimagining the welcoming experience as a concierge in a hotel. It felt very gracious, not like the old Merchandise Mart. We worked with them to develop food and beverage options. It was not like just identifying a space for a builder to come in with a standard formula, and to create the same brand experience that brand has everywhere else.

We created Marshall’s Landing, which is the food and beverage space at the top of the Grand Stair. We think that is a catered lounge. The public or tenants can come there, sit down in nice comfortable booths, and they can sit there and work or read all day long without ordering a thing. But if they do want to order something there’s a call button at the table. A server will come over and deliver a menu and food that is very much work-forward. And we were part of developing that idea.