A report shows a jump in the number of tenant tours, though that's largely compared with earlier in the pandemic 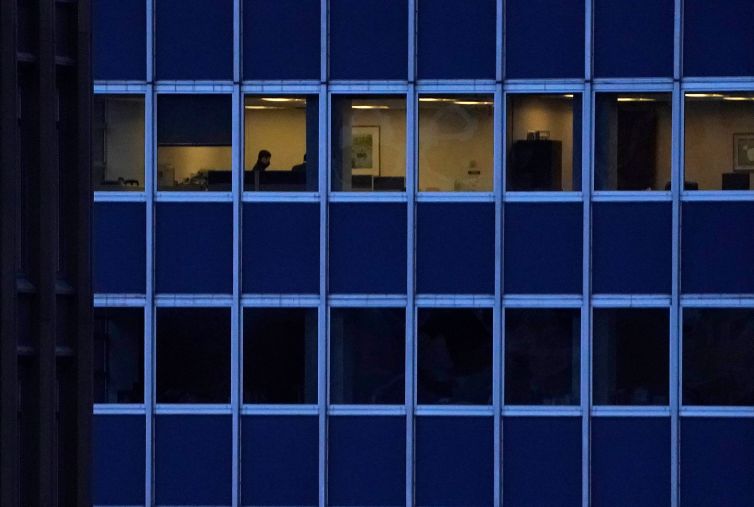 TIMOTHY A. CLARY/AFP via Getty Images

Demand for office space surged in major markets nationally in March, according to a new analysis of tenant tours.

VTS, an online platform that tracks office leasing of non-Class C space in major business districts, showed a 28 percent monthly increase in virtual and in-person tours by newly prospective tenants. That jump was much higher than the 7 percent increase seen on average in March 2018 and March 2019.

The number of tours by newly interested lessors was also up in the first quarter of 2021 compared to the fourth quarter of 2020 by some 161 percent.

Demand for non-Class C space is only a slight 9 percent off from February 2020, right before the COVID pandemic swept the U.S., according to VTS.

The bounce in demand was to be expected. A relatively brisk vaccine rollout, coupled with a slew of decisions by major companies about their return to work plans, has cleared what was once a remarkably murky picture of the conventional office’s future. It now looks like it’s far from dead, though it’s probably irrevocably changed.

Many companies are adopting a hybrid work model, with fewer employees in the office any given workday and instead toiling remotely. As a result, companies will not need as much space as before the pandemic. To be sure, a lot of this was already trending pre-COVID, but the pandemic speeded things along.

The surge in tenant interest in office space in March, then, could prove a blip due more to the pandemic than to a genuine need for space.

“There are headwinds, however, that could slow the momentum,” the VTS report, released April 28, said. “Much of the current recovery depends on our ability to put the pandemic behind us. A potential fourth wave of COVID-19 cases, combined with stalled growth of office-using employment numbers, could temper office demand grow.”

Not all major markets, too, were similarly robust in March. The number of tours by newly interested office tenants in San Francisco, Seattle and Chicago grew more than five times faster during the first quarter of 2021 than during the same pre-COVID periods in 2018 and 2019. New York and Washington’s growth, though, was three times as fast in the first quarter.

Demand in New York in March, in fact, was 13 percent off the average in the same month in 2018 and 2019, according to VTS. “While incremental monthly growth has slowed some as the market rebounds,” the report said of the city, “time will tell if pent-up demand and bargain hunter employers will eventually push demand above elevated pre-pandemic levels.”

As previous VTS figures and other analyses have noted, that recovery to pre-pandemic levels in New York could take until 2023.