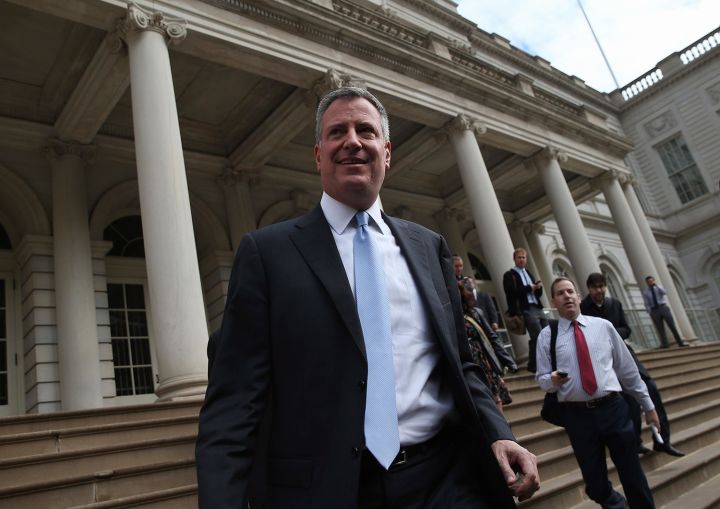 The Big Apple will be back in full swing this summer with New York City set to fully reopen on July 1, Mayor Bill de Blasio announced Thursday morning on MSNBC.

Offices, theaters, stores, stadiums, museums, restaurants, hair salons, gyms and businesses will be open at “full strength,” thanks to the pace of vaccinations in the city — which reached 6.3 million New Yorkers vaccinated on Thursday, de Blasio said.

“Every single day, we’re beating back COVID more and more,” de Blasio said on “Morning Joe.” “Hospitalizations are down. We’re just seeing a better situation every day. We’re ready to take that pathway to a full reopening.”

Federal and state government will have a role in the decision, said de Blasio, but he reiterated his confidence that the city can reopen on July 1. The mayor also shed light on a return to the classroom for city students, who’ve had to adapt to online learning.

For Broadway, the mayor said again that he expects major productions to return in September, and smaller shows to potentially run earlier.

De Blasio’s announcement comes after he previously called city workers back to the office on May 3 — joining other companies who are starting to reopen their workspaces — and Gov. Andrew Cuomo announced office capacity can expand to 75 percent starting on May 15.

The mayor strongly encouraged New Yorkers to get vaccinated, mentioning that many sites in the city are open for walk-in appointments. De Blasio said convenience is key and he believes most of the city wants to, and will, get the shot. Even museums are getting in on the effort, with the American Museum of Natural History giving free vaccinations under the blue whale model located in the Hall of Ocean Life.

“This has been an incredibly difficult time for New York, its residents and its businesses, but July 1 will mark the beginning of the city’s next great chapter,” added Carlo A. Scissura, president and CEO of the New York Building Congress, in a statement. “The building industry set the model for keeping people employed through the pandemic without sacrificing safety, and as we did after crises in the past, we are ready to once again help lead New York through its recovery, build the next generation of this city and lay the foundation for a better future for all. New York’s comeback will be greater than its setback.”

De Blasio also repeated his call for Cuomo to resign, after The New York Times reported that the governor’s aides covered up the pandemic death toll in New York nursing homes and multiple women came forward to accuse him of sexual harassment.