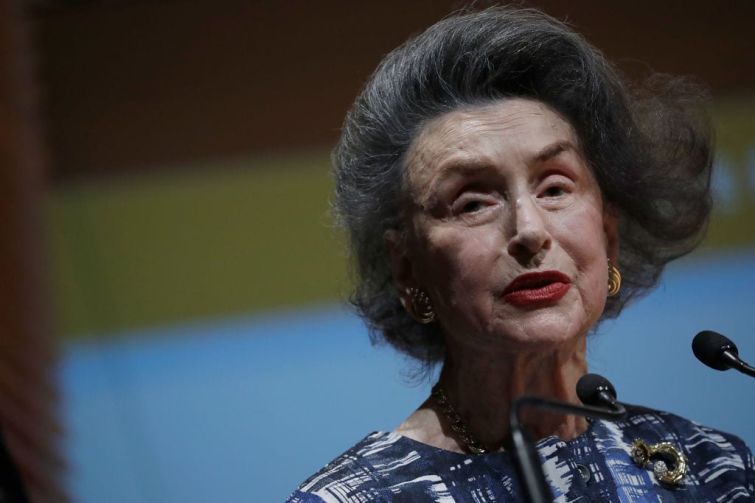 You can run from your clients, but you can’t hide from your mom.

Missing real estate lawyer Mitchell Kossoff — who’s facing a slew of lawsuits for allegedly running off with client’s escrow accounts — forged his mother’s signature on more than $2 million of defaulted loans, according to a lawsuit filed by his mother.

“I am 94 years old and have been the victim of a terrible fraud,” Phyllis Kossoff wrote in an affidavit filed on Thursday in New York Supreme Court.

And, despite Mitch Kossoff ghosting his clients and colleagues for weeks, he actually reached out to his mom to let her know about the bogus signatures.

“I did not learn of the fraud until last week when my son, Mitchell Kossoff, told me that there are some documents which had my signature but which I had not signed,” Phyllis Kossoff wrote.

Phyllis Kossoff — the owner of Burton Packaging and an active philanthropist, particularly for cystic fibrosis research — submitted the affidavit to get out of a $3.6 million default notice filed by Capital Stack earlier this month.

Capital Stack and Phyllis Kossoff’s lawyer did not immediately respond to requests for comment. Mitch Kossoff could not be reached for comment.

Mitch Kossoff took out $2.6 million in merchant cash advance, essentially payday loans for small businesses that don’t have the capital or credit to secure traditional loans, from Capital Stack in August and January with an agreement to pay back $3.7 million, according to court records.

Both Kossoff and his mother signed on to the agreements, court records show. However, Kossoff defaulted on the loans and Capital Stack filed two confessions of judgments against the pair.

The Capital Stack suit is just the tip of the iceberg for Kossoff’s legal troubles since he reportedly disappeared earlier this month.

Kossoff was hit with lawsuits from art dealer Heiner Friedrich, SSM Realty and 537 Associates over nearly $2 million in missing escrow funds. He also had two confessions of judgments from two other merchant cash advance companies filed after he defaulted on a combined nearly $730,000 worth of loans.

The Manhattan district attorney reportedly launched an investigation into Kossoff, who owned an eponymous law firm, to see if he misused clients’ funds. A judge later froze his mostly empty bank accounts, while a group of landlords started a push to force Kossoff into bankruptcy over missing escrow funds.