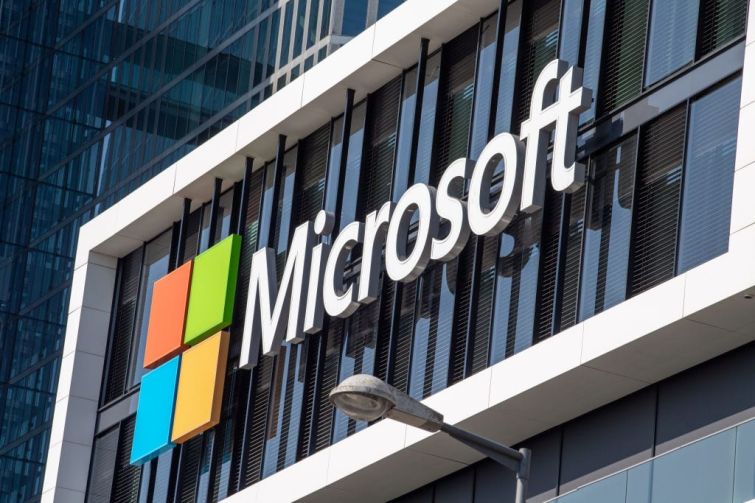 A trio of big name tenants — Microsoft, Apple and ViacomCBS — are making progress in their individual searches for Miami office space, with one of them getting into the finer details on a sizable lease, Commercial Observer has learned.

Software giant Microsoft is still in active lease negotiations at OKO Group and Cain International’s 830 Brickell, and a draft of the lease is now being circulated among the parties, according to a source who’s familiar with, but not involved in, the deal. The firm is in discussions to take over between 40,000 and 42,000 square feet at the “mid-rise” section of the 55-story building, per the source.

Microsoft has “definitely requested a lease document from the landlord, and now they’re negotiating the actual legal document,” the source said, adding, “they have not signed a lease; they’re still working through the issues.”

But the source noted that talks have progressed substantially. “You don’t just request a lease and then discuss the actual economics of the deal — the rental rate, the lease term, and the tenant improvements allowance — those are all done before you get the lease. The lease document is simply a legal document to confirm all of that.”

Talks could still fall apart, the source cautioned. Since Business Insider first reported in January about Microsoft’s discussions, rumors around town have swirled about a potential signing. Negotiations with companies as large as Microsoft often take months to complete, and it’s common practice for multiple executives to sign off before a deal is finalized.

But, if completed, 830 Brickell will have two major deals to celebrate. Earlier this week, private equity firm Thoma Bravo announced it will lease 36,500 square feet on the top two floors of the building.

The building is testing the waters on office tenants’ appetite for Manhattan-style rental rates, and has quoted rental rates of $75 to $85 per square foot, as previously reported. The 640,000-square-foot tower is expected to be completed next year.

Representatives for Microsoft did not respond for immediate comment. A spokesperson for OKO Group and Cain International declined to comment.

Tech behemoth Apple is said to have narrowed down its search to three office buildings in the Magic City. It’s looking to sign a deal for about 50,000 square feet of space.

The firm is rumored to be eyeing space at three properties: Sterling Bay’s newly constructed 545Wyn building at 545 NW 26th Street in Wynwood; The Plaza Coral Gables mixed-use complex at 2901 Ponce de Leon in Coral Gables’ business district; and an unidentified building in Miami’s central business district, according to three brokerage sources who are familiar with the plans, but not involved with the deal.

The talks were in the “early stages” and no lease document has been drafted yet, one of the sources said. The details and current status of the negotiations remain unclear.

Media conglomerate ViacomCBS is looking to expand its Miami office footprint, and is said to be looking for “100,000 square feet or more” in the city, according to three brokerage sources who are familiar with the plans, but not involved in the deal.

The company opened an international headquarters in 2019 in Downtown Miami at 3 MiamiCentral, which was acquired last month by Blackstone Group. Sources say ViacomCBS is looking to stay in the area, and is shopping for space around the city’s downtown area and Wynwood. It’s unclear whether the move would be a relocation or an expansion.

Attracted by the sun, low taxes and a pro-business mayor, Miami has enticed companies with headquarters on the East and West coasts. Almost every week, splashy headlines circulate about major companies touring the market.

“The amount of activity from tech companies, private equity firms, and investment banks is unprecedented in my 30-year career,” said Jonathan Kingsley, an office broker at Colliers.

But, for the most part, speculation and interest have yet to translate into actual deals. Office vacancies in Miami-Dade County jumped to 17.1 percent during the first quarter, up 4.6 percentage points from the first quarter of 2020, according to Cushman & Wakefield research. Net absorption remained in the red at a negative 257,000 square feet. Average asking rents, however, did climb up 4.1 percent to $42.41 per square foot.