From Miami to Palm Beach County, medical cannabis companies are winning over the hearts and minds of retail landlords 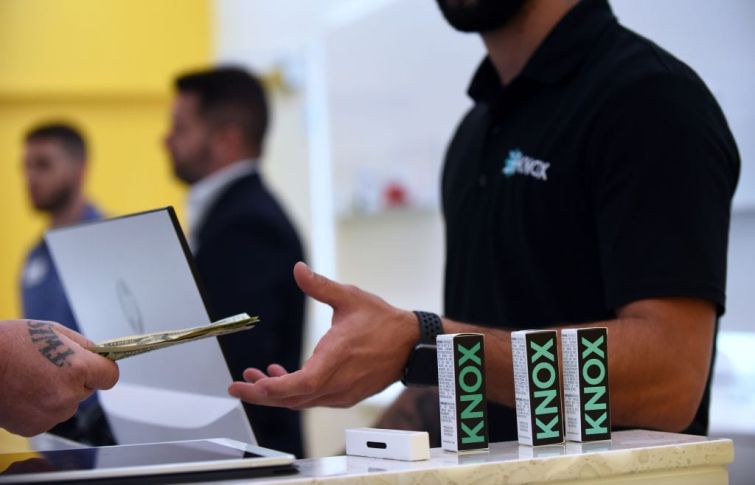 After months of lease negotiations with a restaurant tenant fizzled, investor and broker Bill Reichel was frustrated. His 4,500-square-foot building in Palm Beach County sat vacant.

Then, Reichel got a bit of good news: A medical marijuana company wanted the space on Okeechobee Boulevard for a dispensary. The user, GrowHealthy, aimed to move quickly, would pay an aggressive rental rate, and planned to invest more than $1 million in improvements.

“We did a deal in, like, a week,” recalled Reichel, president of Reichel Realty & Investments. “I was ecstatic.”

He’s not the only landlord pleased by the growth of Florida’s new breed of cannabis companies. Since Florida voters overwhelmingly legalized medical marijuana in 2016, state-regulated pot producers have opened 330 dispensaries throughout Florida, including 57 across Miami-Dade, Broward and Palm Beach counties.

Pot proponents pitched medical marijuana as a way to create jobs and generate tax revenue. In a less-heralded effect, cannabis legalization also sparked a wave of demand for retail properties in the state’s commercial corridors. While recreational use of marijuana remains illegal in the state, Floridians who get a doctor’s permission can legally buy joints, vapes and edibles.

As cannabis companies have opened dozens of stores in South Florida, they have picked up some of the slack in a retail sector that has been roiled by the one-two punch of e-commerce and the coronavirus pandemic.

“There’s no doubt it has helped the retail sector,” said Scott Allen, senior managing director at Tower Commercial Real Estate in Miami. “It’s an industry that didn’t exist 3.5 years ago, and now there are 330 dispensaries. And there’s easily another 100 locations that haven’t opened yet, but have been leased and are in the permitting process.”

The businesses moved into spaces that experienced revolving doors of tenants, said Raphael Clemente, head of the West Palm Beach Downtown Development Authority. One of the pot purveyors, MedMen, occupies a 7,500-square-foot space.

“Since the 1970s, downtown has struggled to fill these big spaces. It’s difficult to recruit retailers to our downtown core, and there’s only so much demand you can fill for restaurants,” Clemente said. “You have these large spaces remaining vacant, so what do you do?”

While the voter referendum that passed in 2016 legalized medical marijuana, Florida cities can restrict or ban cannabis businesses. Municipalities such as Aventura, Boca Raton, Coral Gables, Palm Beach, Pompano Beach and Weston have no dispensaries.

Other cities decided to allow medicinal cannabis stores, including Miami, Miami Beach, Fort Lauderdale, Deerfield Beach and Lake Worth Beach. Opponents of medical marijuana predicted that the pot shops would attract problems, but the robberies and other violent crimes they warned about never materialized.

“They are not disruptive in any way,” Clemente said. “A lot of the concerns that were raised previously have not been realized.”

Even after the wave of brick-and-mortar growth in recent years, marijuana industry analysts see plenty of room for cannabis companies to keep expanding their physical locations.

Florida’s 330 dispensaries serve a statewide population of 21.5 million, a rate of one pot shop per 65,000 residents. Colorado, by contrast, has 613 cannabis stories and a population of 5.8 million, or one retail location for every 9,000 people.

Of course, Colorado’s cannabis regulations are far looser than Florida’s. Weed is available legally to anyone over 21 in Colorado. In Florida, patients must get a doctor’s permission and pay a state licensing fee before they can buy joints, vape pens or edibles from the state-licensed stores.

In recent years, California, Illinois, Nevada, New Jersey and other states have legalized marijuana for recreational use. In Florida, pot proponents are pushing for a second referendum to legalize cannabis for users without medical marijuana cards.

If that happens, Florida’s state-licensed cannabis companies would see big jumps in sales.

“When the time comes to go recreational, it will be an easy transition,” said Matt Karnes of GreenWave Advisors, a cannabis research firm.

What’s more, the 330 state-licensed stores have been followed by a smaller number of related tenants, namely physicians’ offices that specialize in medical marijuana cards. Amid growing acceptance of marijuana products, South Florida also has seen an increase in the number of stores selling CBD, or cannabidiol, the unregulated cannabis extract that’s said to offer health benefits but doesn’t cause users to feel high.

The patchwork of local regulations means Florida’s cannabis stores are distributed unevenly throughout the state. Palm Beach County, with a population of 1.5 million, is home to 23 dispensaries, matching the state average of one pot shop per 65,000 residents.

Broward County, on the other hand, has nearly 2 million residents and just 14 dispensaries, a ratio of one cannabis store per 139,000 residents.

The difference, Allen said, is that Broward County municipalities have been less welcoming to cannabis stores than Palm Beach County.

The fast expansion hasn’t been without growing pains. A couple of cannabis leases were greeted with unsuccessful lawsuits from disgruntled neighbors.

In one example, RREEF America, landlord at the Publix-anchored Westwinds of Boca shopping center in unincorporated Palm Beach County, sued the owner of an outparcel that leased to cannabis company Liberty Health Sciences. RREEF is the real estate arm of Deutsche Bank.

In another bit of litigation, an attorney leasing space in Wellington sued the landlord after marijuana retailer MÜV moved in next door. Both Liberty Health and MUV continue to operate in the disputed locations.

Unlike other states, Florida’s regulatory model requires cannabis companies to be vertically integrated. That means pot players such as Trulieve and Surterra Wellness must grow, process, distribute and sell their own product.

Tallahassee-based Trulieve has been the most aggressive player by far. It has 81 dispensaries in Florida, more than twice as many as the No. 2 marijuana brand.

Other players are expanding, too. Los Angeles-based MedMen, which has 11 dispensaries in Florida, said in March that it had raised $16 million to fund new stores in the state.

The flurry of activity comes after the 2016 referendum created both a new industry and new questions. Would Floridians sign up for a state-regulated marijuana program? Would municipalities allow cannabis stores to open within their boundaries?

Would landlords let pot shops do business in their buildings? And could the new breed of cannabis businesses operate safely?

Nearly half a decade later, all of those questions have been answered affirmatively. More than 530,000 Floridians — nearly 2.5 percent of the state’s population — have received a doctor’s permission to consume cannabis, according to the Florida Office of Medical Marijuana Use.

Reichel acknowledged that the commercial real estate industry is still warming up to properties leased to cannabis companies. He said dispensaries are fetching a capitalization rate of about 8 percent, compared to cap rates of 6 percent or lower for buildings occupied by big-name tenants, such as Starbucks.

But interest is strong: Reichel said he regularly fields calls from investors who want to buy his building on Okeechobee Boulevard. Reichel tells them he’s not interested in selling.