Expertise in cannabis commercial real estate grows in the U.S. along with the industry itself 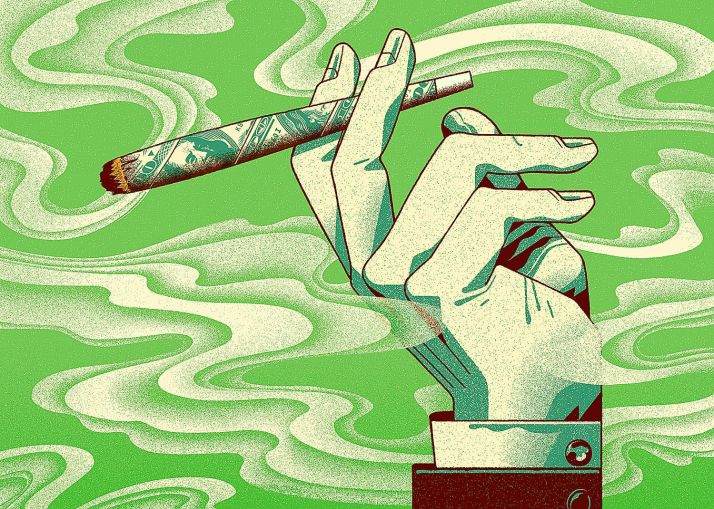 The number of marijuana stores in the U.S. is poised to grow in 2021 and 2022 as more states legalize the narcotic, the federal government toys with legalization at the national level, and already large sales chains seek to get larger.

The expected growth is a small miracle given that tenants, landlords and commercial real estate professionals continue to operate in a niche retail market beset by variables and risks unlike any that just about any other type of retailer faces. These include a primary competitor that no smartphone, fruit or clothing retailer has ever faced.

“It is still the case that the No. 1 competitor for any legal business is the illicit market,” said Howard Schacter, a spokesman for New York-based marijuana producer and retailer Acreage Holdings. “The illicit market still dwarfs the overall addressable cannabis market.”

Acreage and other large marijuana sellers, such as Curaleaf and Green Thumb, have announced expansions over the past two years, including acquisitions of other retailers and new investment. Acreage, for its part, had 28 dispensaries selling marijuana for recreational and medicinal use as of the end of 2020’s third quarter; that was up from 22 in early 2019.

The marijuana business in general in the U.S. is poised for growth. The number of businesses tied to the drug’s cultivation, processing and sale, including for medicinal purposes, was expected to grow from 17,745 in 2019 to 35,649 in 2024, according to consumer research firm IBISWorld. The firm also projects that the marijuana industry’s revenue will grow nearly 14 percent annually through 2024.

This anticipated growth comes off the nearly 30 percent revenue growth the industry experienced from 2014 to 2019. That was behind a greater expansion in the number of medicinal marijuana dispensaries as well as the first legal recreational sales of the drug — in Colorado in January 2014. Myriad marijuana products, including vapors and edibles, debuted, too.

Since Colorado, 14 other states and the District of Columbia have legalized marijuana. Recreational sales, too, have started in most of those, with New Jersey, Montana, South Dakota, and D.C. poised to begin this year or next.

Demand has continued through the pandemic, with most states deeming dispensaries — recreational or medicinal — essential businesses. Ryan George founded 420Property, perhaps the largest online clearinghouse of cannabis-related properties, in early 2016 after a career in real estate, including as a commercial leasing broker.

“Business has gone up year over year 100 percent,” George said in late January. “The No. 1 in-demand listing type that we offer is current businesses for sale.”

This interest in established businesses highlights probably the biggest challenge of opening a marijuana store: getting the license to sell marijuana recreationally in tandem with lining up the real estate. Lose out on the former, and a would-be retailer is likely to take a financial bath on the latter.

Some states, including California, require that retailers first have control of a particular site, either through a lease or an option to lease, before they can even apply for a license. Most states, too, maintain a finite number of marijuana sales licenses, meaning that when one becomes available, it can be a veritable land rush of prospective retailers applying.

All during the often months-long licensing process, would-be retailers are building out their spaces and paying rent on it before they sell a single bud. This can easily cost hundreds of thousands of dollars, according to sources familiar with marijuana retail. If the license does not come through, that money is a loss. Then, there is an additional challenge.

“The problem tends to be, especially in high-density areas, most mixed-use buildings are not owned free and clear,” George said.

That means that a lender behind a building often gets the final say on any deal for a marijuana store. So, even if a retailer has secured a location with that location’s owner, the lender on the property can call in a note to quash the deal. According to sources, this scenario is more common than even some in the marijuana industry realize.

Running alongside this slog to line up licensing and location within a similar timeframe is the need to meet myriad regulatory and zoning demands that vary by market. Stores, for instance, often have to be set back a certain distance from public services, such as schools and parks. That narrows the options further for retailers.

To counter these challenges, larger players have developed dedicated real estate departments to vet locations and navigate regulations. Also, commercial real estate practices and portals, such as 420Property, are springing up nationwide. These are often smaller operations, though, that specialize solely in navigating the nation’s budding marijuana business, and are not part of larger brokerages or real estate services firms.

Part of their specialization is knowing which clauses to include in marijuana store leases that aren’t typically included in other retailers’ leases.

For one thing, marijuana leases will have clauses forbidding access to secured areas to anyone not a part of the licensed entity. That often includes the landlord. The clause is necessary because the licenses themselves forbid such access.

The leases also typically try to block clauses that allow for relocations within the same shopping center or mixed-use project. Landlords occasionally want to move tenants within a complex. Given the capital outlays common in getting a marijuana store up and running — those hundreds of thousands of dollars in build-outs and the rent-paying months of licensing limbo — such retailers have no interest in having to move once established.

Also, marijuana vendors and their servicers want early termination rights in leases. That’s because, for whatever wavelets of legalization at the state level, cannabis remains an illegal drug at the federal one. If stores have to close due to federal intervention before a lease ends, tenants want protection against having to pay the rest of the rent.

Since Colorado’s groundbreaking legalization, the federal government has been largely hands-off when it comes to recreational marijuana retail. The Biden administration has given no signal that that will change. In fact, the president is on record supporting decriminalization of marijuana.

That is not the same as legalization, though, which would remove marijuana from the schedule of dangerous drugs. That would free up numerous financing avenues currently denied to marijuana retailers and make them a more desirable, or at least less controversial, tenant.

“If it’s legal on a federal level, we’ll start to see banks — maybe not immediately, in the next 24 months — soften their stance on cannabis,” George said. “If that’s the case, we’ll see more landlords being receptive to having cannabis tenants.”

Descheduling marijuana would also remove it from a section of the tax code called 280e, which prevents marijuana business owners — even in states where the drug is legal — from deducting certain business expenses. This can lead to much higher taxes for marijuana businesses, and can lead the same businesses to attempt tax workarounds that skirt legality and lead to expensive audits.

Removing cannabis businesses, including retailers, from Section 280e would incrementally boost their values, a source says. That would make them that much more lucrative for owners and prospective owners — and that much more a desirable tenant for landlords.

Such federal actions are not out of the question, but sources in the industry expect they might take a while. The U.S. House in early December passed legislation along partisan lines that deschedules marijuana, with the Democratic majority carrying it. The legislation died in the Republican-controlled Senate. But the GOP no longer controls that chamber, and the bill’s primary Senate sponsor in December was California’s Kamala Harris, who became vice president in January. Such moves suggest that the federal legalization of marijuana is a question of when, then, not if. The U.S. would be only the third country to legalize it, behind Uruguay and Canada (others have essentially decriminalized it).

In the meantime, marijuana retailers will continue to navigate the warren of challenges in leasing space where it’s legal to do so. And those businesses will evolve and, perhaps, thrive in ways unanticipated only five or six years ago.

There is precedent in another drug: alcohol, specifically beer. Legal and tax changes in the late 1970s helped spur a boom in the number of U.S. breweries from fewer than 100 to at least 7,000 today. The changes — a lowering of the excise tax per barrel of beer and the legalization of homebrewing at the federal level, which sent underground entrepreneurs pouring into the marketplace — made brewing, even on a small scale, a more valuable pursuit.

The changes also made breweries and their taprooms ubiquitous features of the built environments of cities and towns nationwide. Some breweries catalyzed wider neighborhood changes, spurring higher property values and drawing development, as well as new residents.

One of the more dramatic examples was Denver’s Wynkoop Brewpub, which opened in an old warehouse in a seedier area of the city in the late 1980s. The brewpub drew an enthusiastic clientele and drove investment in other properties in a neighborhood that became known as LoDo. One of Wynkoop’s founders was a former geologist named John Hickenlooper. Hickenlooper would go on to leverage his economic development bona fides in building up LoDo to become Denver’s mayor and then Colorado’s governor — including when the state became the first to legalize marijuana. He’s now in the U.S. Senate.

Wynkoop’s founders were rejected by some 32 creditors when it came to financing their startup, echoing the challenges cannabis operators face. They were also met by byzantine state and federal regulations because smaller-scale brewing was so novel in a U.S. that bigger players, such as Anheuser-Busch and Miller, dominated. Marijuana vendors face not dissimilar regulatory gantlets.

So, a marijuana store and smoking room on every corner, like there appears to be a brewery and taproom? Not likely any time soon. However, in the growing number of states where it’s legal, the nature of retailing cannabis is evolving quickly and, with that, the approach to its real estate and its potential to impact other property.

That National Association of Realtors survey from fall 2019 found that 13 to 22 percent of respondents had seen an increase in commercial property values near marijuana vendors in their markets. At the same time, marijuana retailers continue to sink capital into their spaces, often just to open. Barring some unforeseen federal move, there is likely no going back then.

“Overall, we’re going to start to see a lot of movement in cannabis-related properties that are currently leased,” George of 420Property said. “I think a lot of them will try to make the move into purchasing and owning their properties, especially considering that some of these cultivation and retail sites have hundreds of thousands in tenant improvements.

“I’ve seen retail stores that have hundreds of thousands in imported marble.”