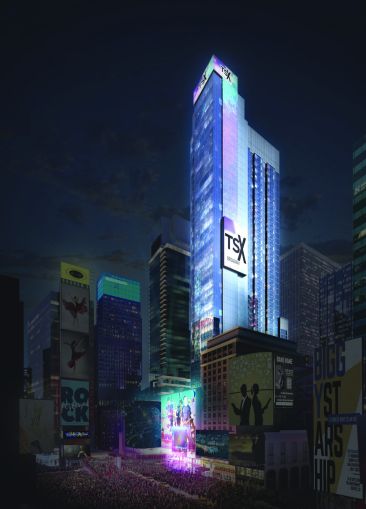 New hotel projects like the planned TSX Broadway in Times Square may have to go through the city’s proposed special permit process, which would add another two years to the development and approvals process. Rendering courtesy of L&L Holding Company

Although housing and zoning have been big topics in New York’s mayoral race, one little-known policy proposal from Mayor Bill de Blasio may create a challenging legacy for his replacement: the citywide hotel special permit.

The expansion of the use of the special permit would effectively ban the construction of hotels across the five boroughs unless each proposal undergoes a lengthy public land use review. The policy is widely viewed as a political favor from de Blasio to the powerful New York Hotel and Motel Trades Council, a union that was one of the biggest donors to his mayoral and presidential campaigns.

While the city cannot legally require developers to sign contracts with union labor, the special permit gives City Council members veto power over projects. In effect, councilmembers would be able to make signing an agreement with the Hotel Trades Council a condition of approval for any new hotel.

Many planners and real estate observers also believe that the proposal could slow the recovery of New York’s hotel industry, which has seen room rates and occupancy levels crater with tourism at record lows during the pandemic.

The zoning change would require all hotel developers to go through the two-year special permit process. That would include navigating the Uniform Land Use Review Process (ULURP), which includes approvals by local community boards, the borough president’s office, the City Planning Commission and the City Council. The steps are similar to a rezoning.

The process also adds millions of dollars to the cost of development, in addition to extending the construction timeline for a hotel from two years to somewhere between four and six years.

Even the Department of City Planning isn’t particularly keen on the proposal. Multiple sources familiar with DCP told Commercial Observer that planners have tried to delay the proposal, because they say there isn’t a compelling public policy reason for implementing it. The agency’s own analysis predicted that few new hotels would be built if the measure passes. If the special permit is approved, DCP projects that the city would have a shortfall of 30,000 to 60,000 hotel rooms by 2035. There are roughly 30,000 hotel rooms in the city’s construction pipeline so far, either under construction or planned.

This is not the first time the de Blasio administration has implemented a broad zoning rule aimed at limiting hotel development. In 2018, the City Council approved a special permit to build hotels in manufacturing zones throughout the city. No new hotels have been built in those areas since the legislation went into effect three years ago.

“I’ve been doing this work for the city, and then as a land use lawyer, and I’ve never seen such a politicized piece of zoning,” said zoning attorney Mitch Korbey, who chairs the land use and zoning group at law firm Herrick Feinstein. “There is a pell-mell rush to get it done at the worst time.”

Richard Barth, a former executive director of DCP, who now heads the land use group at lobbying firm Capalino, put it more bluntly.

“The hotel special permit lacks any defensible planning rationale, and points us in the wrong direction as the city works to recover from the devastating economic effects of the pandemic,” he said. “We need to create opportunities to promote tourism and investment, not stand in the way of recovery and growth.”

Indeed, the de Blasio administration is rushing to get the zoning text amendment approved before the mayor leaves office at the end of the year. The land use process typically takes about seven months, which means that DCP would have to begin public review for the hotel proposal before June in order to finish by the end of the year.

If the review stretches into 2022, the measure will have to face the scrutiny of a new mayor and a City Council where the majority of members will be newly elected. Of the 51 council districts, 28 members are term-limited and cannot run for re-election this year, three are retiring, and another three have resigned for other jobs. At least four current council members have spoken in favor of the policy: Carlos Menchaca, Brad Lander, Justin Brannan and Ben Kallos.

Most of the Democratic mayoral candidates seem to like the measure. Kathryn Garcia and Dianne Morales support it, while Shaun Donovan does not. Maya Wiley declined to give her opinion, noting that her campaign would put out a full policy platform about hotels “in the coming weeks.” Out of the frontrunner candidates, Andrew Yang is the only one who does not have a position on the policy. His campaign spokesman said he was “still evaluating the proposal.” Scott Stringer is in favor of it, too, along with Eric Adams, who received the Hotel Trades Council’s highly coveted endorsement in the race.

While roughly 150 hotels have shuttered in the past year because of the pandemic, the city’s tourism economy is expected to return to full strength in 2025. Hotels generate about $2.4 billion in direct tax revenue each year, with operators and customers paying property, sales and hotel occupancy taxes, according to the nonpartisan, nonprofit Citizens Budget Commission.

“I think you need a vibrant tourist sector for the city’s growth and recovery, so there could be valid concerns about constraining anything that could affect that segment,” said Ana Champeny, director of city studies at the CBC.

If the hotel special permit passes and dramatically slows hotel construction, “a room shortage is probably going to mean higher room rates,” she explained. “But fewer hotels also means fewer tourists. Job growth and economic growth are what you need.”

Her CBC colleague Sean Campion said that hotels and tourism would play an integral role in the city’s post-COVID recovery.

“People underestimate the extent to which visitation helped the city recover from the recession in the past decade,” Campion said. The number of visitors to the city “increased 36 percent over the past decade, to 66 million in 2019. To the extent that we want to bring back the pre-COVID economy, this is a significant piece.”