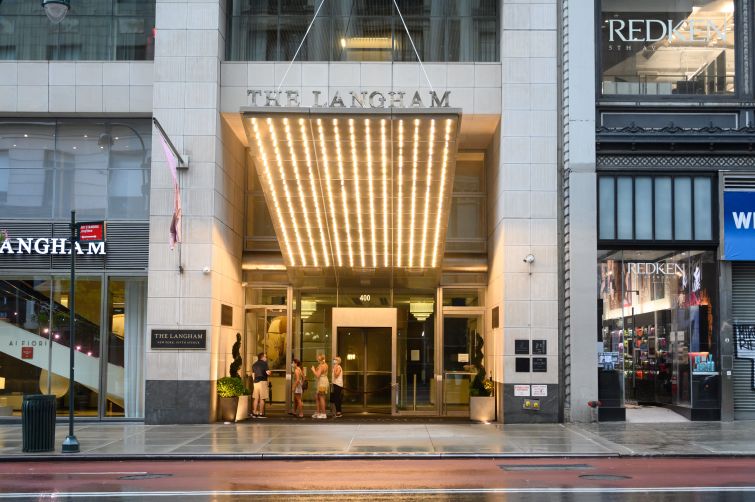 New York’s Department of City Planning held its first public hearing last Friday on the contentious, citywide hotel text amendment, which would require developers to undergo a lengthy special permit process in order to build a hotel anywhere in the five boroughs.

The proposal, which is widely seen as a political favor from Mayor Bill de Blasio to the New York Hotel & Motel Trades Council, would force hotel builders to go through a public review process — similar to the city’s nine-month rezoning process — and get approval from the City Council in order to build a hotel.

Although the city can’t legally require that developers work with the politically influential hotel workers’ union, the City Council can and often does make its approval of a project contingent on builders signing an agreement with the hotel trades. An owner can’t obtain the special permit without council approval. The City Council approved a similar special permit mandate in December 2018 for developers who want to build hotels in industrial zones.

There are roughly 700 hotels with 128,000 rooms throughout the five boroughs, with another 30,000 hotel rooms in the pipeline. Of those 700 hotels, 146 have closed during the pandemic, shuttering 42,000 rooms. If the hotel text amendment gets the green light, city planners predict that it will affect the construction of 62,466 hotel rooms over the next few years. Between 2007 and 2020, the city added 54,000 hotel rooms, according to NYCDCP.

Alex Plackis of NYCDCP said that the new hotel restriction would “create a consistent zoning framework for hotels and allow City Planning to evaluate each hotel’s impact on the future use and development of the surrounding area. For instance, over the last 10 to 15 years, hotels have developed in areas that previously saw little hotel development. As a result, there have been unanticipated changes in the use and development in the area. And we have seen hotels developed in conflict with nearby businesses.”

Brannan, who represents a handful of waterfront neighborhoods in southern Brooklyn, pointed to an illegal hotel in Bay Ridge that has attracted numerous complaints about alleged drug dealing and prostitution as an example of why the hotel text amendment was necessary.

“There have been endless, well-documented problems with a place called the Prince Hotel, which has brought violence to a very quiet residential block in Bay Ridge,” said Brannan, who noted that the hotel operated in an illegally converted residential building in a flagrant violation of the area’s residential zoning.

Former planning and housing officials spoke out against the measure, along with hotel designers, real estate lawyers and policy experts.

Richard Barth, former executive director of the Department of City Planning, argued that the “the health of the city’s business districts, tourism, hospitality and related industries is likely to be compromised [by the zoning change] and the consequences of moving forward, therefore, need to be carefully evaluated and carefully considered.”

Jessica Katz, former associate commissioner at the city’s Housing Department, who now runs the nonprofit Citizens Housing and Planning Council, also felt that the hotel amendment would put a damper on tourism in the wake of the pandemic.

“How can New York City continue to be one of the greatest tourist destinations in the world if we outlaw as-of-right hotels, even in the neighborhoods designed specifically for them?” she asked during her testimony at the public meeting. “Instead of imposing new restrictions, just when we need new economic stimulus the most, we should be analyzing the code for places where we can remove restrictions to jumpstart our economy.”

Moses Gates, vice president of housing and neighborhood planning at the Regional Plan Association, felt that the zoning proposal “was at direct odds with the stated goal. And this begs the question, if this proposal should be withdrawn since the premise for the study is deeply flawed.

“The stated premise of this proposal is to create a ‘more uniform zoning framework for new hotels citywide that can support more predictable development,’” he added. “However, what the department is proposing to study is the exact opposite of a framework that would lead to more uniformity and predictability. Instead, what they are proposing to study is the effect of instituting an ad hoc process for permitting a specific use … [that] will almost certainly result in a heavily discretionary and non-uniform development citywide.”

Gates also wondered why hotels and their guests should be given special consideration in the zoning framework over other uses. “What is unique about a hotel guest that engenders more safety concerns from the surrounding urban environment than an office worker, or a restaurant patron, or anyone else trying to cross the street?”

Architect Gene Kaufman, a well-known designer of mid-priced and budget hotels for developers like Sam Chang, argued that the special hotel permit for industrial zones had already eliminated hotel development in those areas of the city.

“Not only have there been no special permits granted for hotels in these districts, there have been no applications,” said Kaufman, who runs his own eponymous firm. “This proposal for a special permit is likely to have the same effect. There will be a shortage of many more than the 60,000 rooms that have been identified. This will have an impact on many other businesses besides hotels. There will be a major impact on Broadway, on stores, on restaurants that depend on people traveling to the city and bringing their money to be spent in these communities.”

NYCDCP will collect public comment on the proposal through Feb. 1, and then it will prepare a draft environmental impact statement. Although it’s not clear when the formal public review process will begin for the hotel zoning restriction, it’s possible that the City Council could vote on the plan just as Mayor de Blasio leaves office at the end of this year.