The company will invest $20.4 million in updates for the 100-percent affordable community 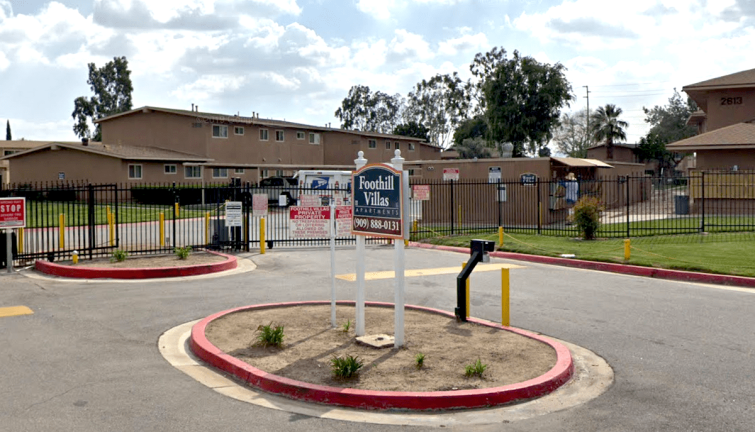 The 239-unit Foothill Villas Apartments in San Bernardino traded for approximately $97 million. The partnership behind the acquisition also includes the U.S. Department of Housing and Urban Development (HUD), and the nonprofit Housing On Merit.

The deal extends the affordability provisions long term at Foothill Villas, where every unit is covered by a Section 8 housing contract. Standard Communities — the affordable housing division of Standard Companies — also announced it will start a $20.4 million renovation of the 22-acre site, and add “robust” resident services.

The 55-year-old development at 2601-2675 West 2nd Street is also located in an opportunity zone, which will allow the investors to defer taxes on capital gains for investing long term in the area.

The population in the Inland Empire — which includes San Bernardino and Riverside counties east of Los Angeles — is growing thanks to an increased flight to suburban areas. The global pandemic and the extensive influx of work-from-home strategies led an exit from cities like L.A. to more affordable areas like the Inland Empire. Indeed, vacancy in the Inland Empire dropped to a 10-year low of 1.8 percent, causing the average multifamily rent to jump almost 10 percent. At the same time, L.A. rental rates dropped 5 percent, while vacancy and lease concessions increased.

With the Foothill Villas transaction, Standard Companies has more than 3,340 affordable units in California. The company recently acquired the Villa Raymond Apartments in Pasadena, and partnered with the city of Carson and California Statewide Communities Development Authority to acquire Renaissance at City Center in Carson. Both properties feature affordable or workforce housing communities.

Standard Companies manages more than 14,000 apartment units, including more than 10,000 affordable units, and has completed more than $2.6 billion of affordable housing acquisitions and rehabilitations in the U.S.