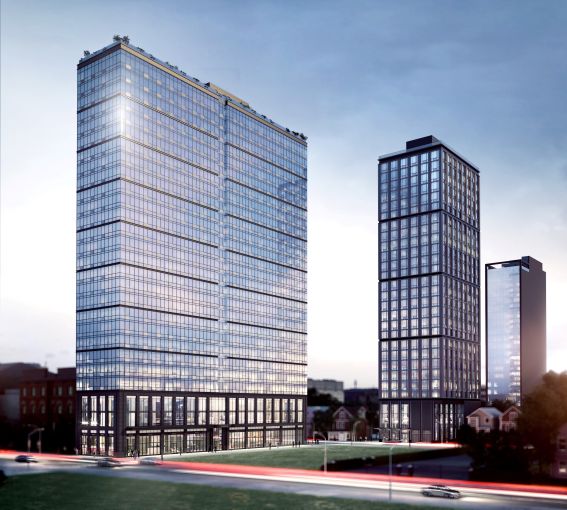 SCALE Lending, the financing arm of Slate Property Group, provided the debt in a transaction negotiated by Matthew Hirsch and Bryan Grover of Greystone Capital Advisors.

The deal aids Namdar Group’s ground-up construction of a 27-story development in the Jersey City’s Journal Square area. The property, at 618 Pavonia Avenue, will feature 432 total units with 40 percent designated as efficiency apartments, where everything is combined into one room.

“Coupled with our ability to close quickly, SCALE continues to set itself apart from the competition as one of the most active lenders in the market, with a focus on ground up construction in the New York City metro area,” Martin Nussbaum, co-founder and principal of Slate Property Group, said in a statement. “We’re thrilled to work with a high-caliber developer like Namdar Group, who we have complete confidence in to execute on their business plan.”

New York City-based SCALE, which was founded in late 2018, has remained an active lender during the COVID-19 pandemic, with more than $2 billion in loans now spread out across 4.2 million square feet in ongoing development projects, according to company officials.

“We are very happy to close another transaction with Namdar in Jersey City as they continue to develop one of the most ambitious and transformative pipelines in the market,” Drew Fletcher, president of Greystone Capital Advisors, said in a statement.

Great Neck, N.Y.-based Namdar Group has been active in the Jersey City market, completing two nearby multifamily developments at 87 Newkirk Street and 26 Cottage Street. The Long Island developer is in the midst of an aggressive acquisition program targeting transit-oriented development sites throughout the New York City metropolitan region.

“We’re excited to work with SCALE Lending as we move our project at 618 Pavonia Avenue forward,” Namdar Group CIO Effy Namdar said in a statement. “We’re proud to bring this important housing development to Journal Square that will help generate economic development and growth for the surrounding neighborhood.”

Officials for Greystone could not immediately be reached for comment.