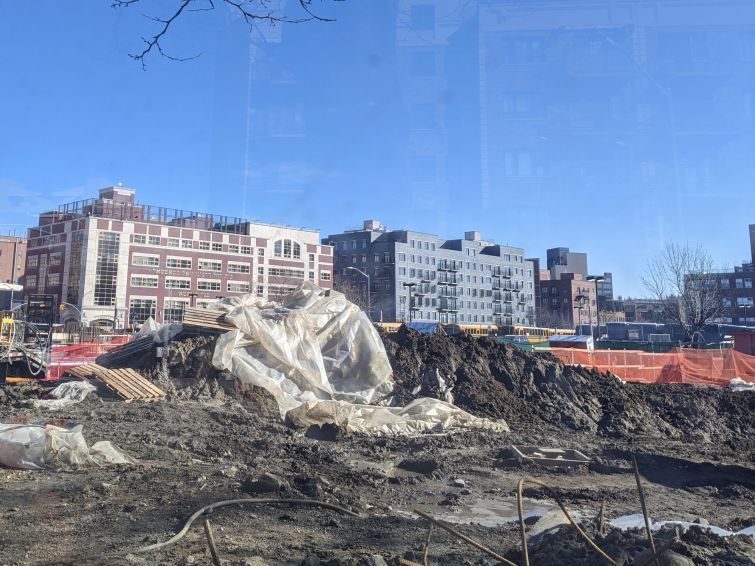 Rabsky Group and Spencer Equity Group have closed on $140 million in financing from Bank Leumi USA for a large development site at the Broadway Triangle, on the nexus of Bushwick, Bedford-Stuyvesant and Williamsburg in Brooklyn.

The loan will pay down existing debt and finance the construction of a 234-unit development at the site, located at 174 Harrison Avenue, according to documents filed with the Tel Aviv Stock Exchange (TASE).

The funds will replace a one-year $71 million loan originated by Bank Leumi in January 2020 with $120 million in construction financing, along with $20 million to replace a loan of the same amount in February of this year, according to property records.

The loan is due in September 2023 and carries a 4.5 interest rate over LIBOR, per TASE.

Simon Dushinsky’s Rabsky Group and Joel Gluck’s Spencer Equity are equal partners in the project. Plans for the trapezoid-shaped site were embroiled in a discrimination lawsuit that was dismissed in 2018.

The project will include a total of 234 units, of which 25 percent will be affordable. That’s vastly scaled down from earlier plans to bring more than 1,000 units to the site.

The site will include four buildings with between 39 to 90 units each, ranging from eight to 12 stories, according to plans filed with the New York City Department of Buildings (DOB). Plans for the buildings — with addresses at 251 Wallabout Street and 269 Wallabout Street and 34 Union Avenue and 58 Union Avenue — were approved in January. (DOB plans add up to 254 units, while the TASE document states there will be 234.)

The construction financing will be drawn down as needed for the development of the project, and the developers are unlikely to be required to make any further capital investments from its own funds, the TASE report said.

Rabsky did not immediately respond to request for comment.