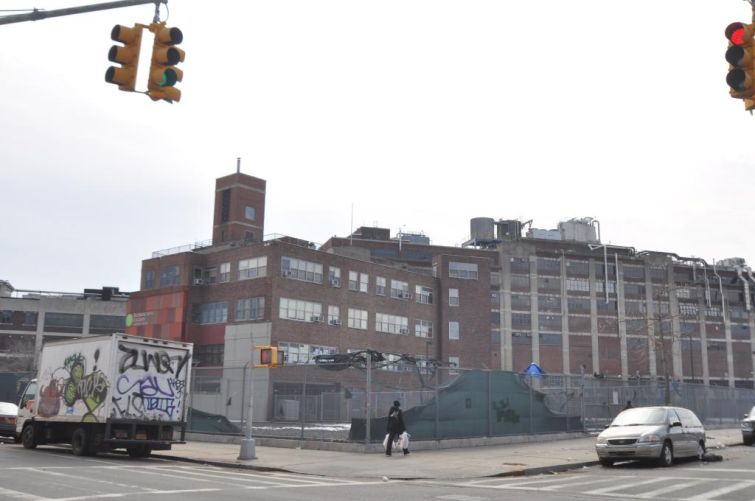 Rabsky Group and Spencer Equity have landed a $70.5 million loan from Bank Leumi USA to refinance a mega-development on the former Pfizer site in Brooklyn.

The one-year loan replaces a previous $65 million loan on the property, originated by Centennial Bank in 2018, according to property records. It carries an interest rate of 4 percent over Libor, a decrease of 50 basis points from the rate on the previous loan, according to documents filed on the Tel Aviv Stock Exchange (TASE).

Simon Dushinsky’s Rabsky Group and Joel Gluck’s Spencer Equity are equal partners in the project, located at 174 Harrison Avenue, at the nexus of South Williamsburg, Bushwick and Bedford-Stuyvesant, otherwise known as the Broadway Triangle. The project, which was embroiled in a discrimination lawsuit that was dismissed in 2018, includes 1,146 housing units — 287 of which will be affordable — and 65,000 square feet of retail.

Spencer Equity will take on a greater role in the project, after an adjustment to the operating agreement at the request of the lender, per the TASE notice. Spencer and Rabsky will share management duties, with both required to approve any sale of the property, or loan agreements, if the loan is above 50 percent loan to value.

Gluck has previously fronted Dushinsky a total of $35 million on the project in two separate loans, with $20 million still outstanding. Gluck and Dushinsky also own a Downtown Brooklyn development site together, at 625-635 Fulton Street. Financing for that site has also run into a few hiccups, and in March, Rabsky received a six-month extension on an $80 million loan, also from Bank Leumi USA, with the option to extend through January 2020, as CO reported at the time.

The developers are also seeking a construction loan for the first phase of the project, and are in early talks with Bank Leumi USA to provide it. “We’ll be looking to provide the construction loan sometime in the future when they’re ready,” said a Bank Leumi executive. “[The project] is still in the pre-development stage.”
Rabsky did not immediately respond to request for comment.

Update: A previous version of this story erroneously stated that Bank Leumi USA had declined to provide a construction loan.