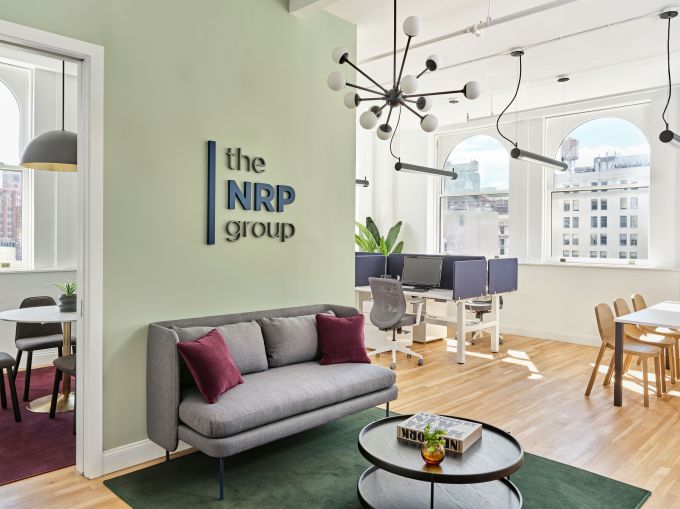 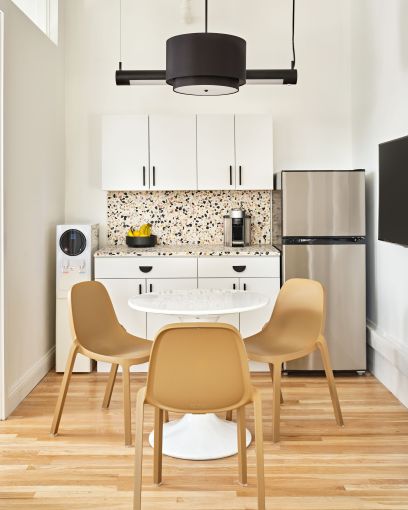 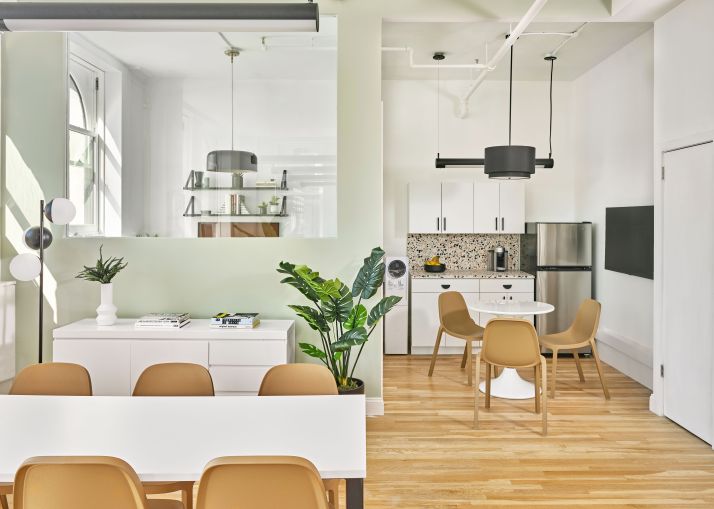 A half-glassed in office allows an executive to see out into the office without feeling like they are in a fish bowl. Image: Gala Magriñá Design 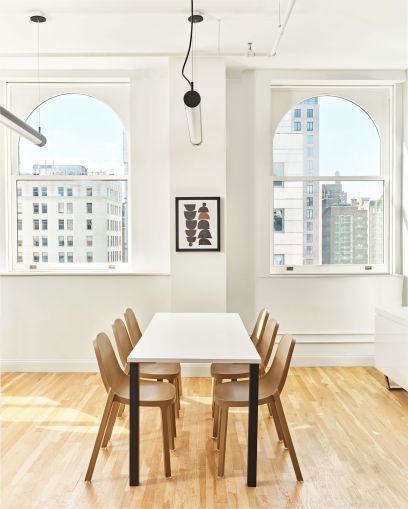 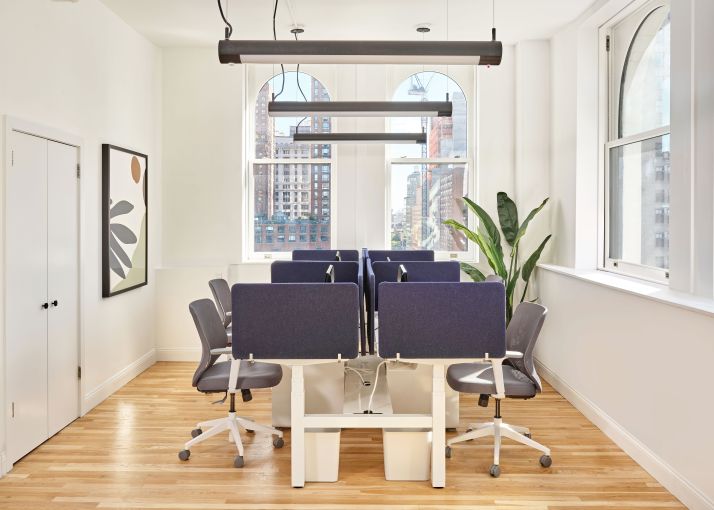 Just before the pandemic began, developer and property manager NRP Group decided to move into a new 1,000-square-foot office on Union Square.

The challenge came when the firm had to figure out how to fit its employees, an executive office, a conference room and a kitchen into the eighth-floor space in 1 Union Square West.

“In a bigger office space, you have that separation, where the client is not seeing the kitchen or where the employees work,” said interior designer Gala Magriñá, whose eponymous firm developed the look of the new office. “You’re squeezing all of those spaces into a small space that is a predominantly open floor plan, rather than having both public and private uses that we usually have when we’re designing those spaces.”

When Magriñá sat down with NRP’s CEO, he gravitated toward images of color-blocked rooms with colorful rugs and walls. So, the designer decided to create an aesthetic that was “fun and modern, while still being elegant and tasteful for clients that come in.”

She put in a small kitchenette with a 1960s-style terrazzo counter and backsplash, and white cabinetry framed by a black, round hanging lamp. A small, white circular table surrounded by three tan chairs rounds out the space.

Next to the kitchen is a small private office for a company executive. The wall separating the office from the rest of the space was painted a pale green, and the upper half was cut out and covered with glass to allow visibility without making the person in the office feel “like they’re in a fish tank all alone.”

Other unique touches include a conference room with a maroon rug and a small circular table. A large, round lamp with a gold-painted interior is suspended overhead. Outside the conference room is a small reception area with a gray, midcentury modern-inspired couch.

Design for the office was finished in March, but construction was put on hold until July because of the coronavirus pandemic. Work was completed in October.