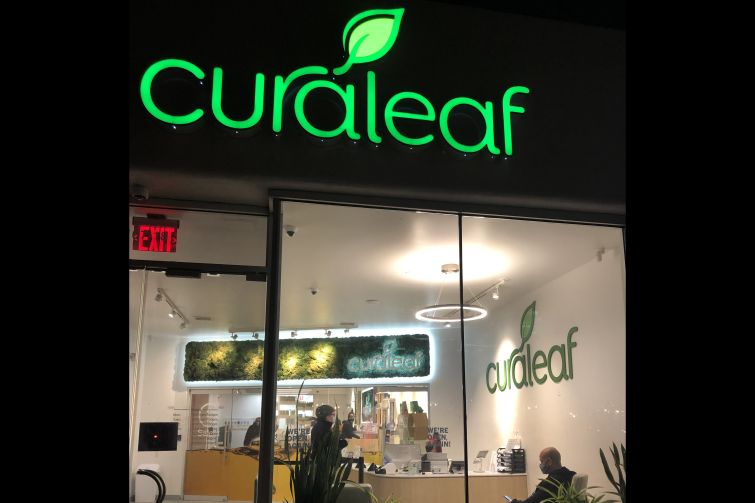 NewLake Capital Partners has merged with GreenAcreage Real Estate Corp. to create what will be one of the legal cannabis industry’s predominant real estate investment firms, according to an announcement Thursday.

The two real estate investment trusts (REITs) have specialized in sale-leaseback industrial and retail real estate portfolio transactions in the legal cannabis space, working with some of the industry’s most prominent multi-state, institutional operators, such as Columbia Care, Trulieve, Cresco Labs and Curaleaf.

Now, the partnership — adopting the name NewLake Capital Partners — will come out of the gates armed with $110 million in cash on hand, and a portfolio of 24 properties facilitating cannabis manufacturing and sales operations across nine states that’s valued at around $325 million, according to information from NewLake. A large chunk of that portfolio includes a massive cultivation facility in Illinois, which GreenAcreage acquired in a sale-leaseback with Cresco for $50 million in 2019.

The makeup of its combined portfolio includes 17 retail dispensaries and seven industrial cannabis cultivation and processing facilities, providing it with a solid level of diversification across a couple different areas of the supply chain.

The move was driven by the company’s anticipation of the growth of the burgeoning legal cannabis space, which has been gaining steam in the last couple years as more and more states decide — either through ballot measure or legislation — to move forward with legalization. Still, marijuana illegality at the federal level, and the inability for operators to transport product across state lines, means operations must be consolidated and concentrated in states where the law protects them.

“The scale and long term growth opportunity of the cannabis industry continues to unfold as evidenced by legislative reform and specifically the high margin fundamentals of the leading operators in our industry,” Gordon DuGan, who will serve as the chairman of the board for NewLake, said in a statement. “For these operators, real estate is not a core competency or key driver of value; therefore sale leasebacks have been and should remain an effective tool for the maturing cannabis industry.”

A number of seasoned commercial real estate and finance industry executives will join DuGan in leading the NewLake operation. NewLake’s founder and CEO, Anthony Coniglio, will serve as president and chief investment officer of the new company, and will join chief executive David Weinstein on the board of directors.

In the last two years, Coniglio oversaw the acquisition of 19 cannabis real estate assets. He’s an investment banking veteran and entrepreneur, having previously worked at the Canadian Imperial Bank of Commerce in the 1990s, and then, later leading three different banking divisions at JPMorgan Chase over a 14-year tenure that ended in 2011. From there, he formed or led a variety of finance companies and served in different financial advisory roles up until founding NewLake at the end of 2018.

“The combination of our portfolios creates one of the leading cannabis real estate platforms in the industry and positions us to be an important, long-term, real estate partner to our valued tenants,” Coniglio said, adding that “diversification is the centerpiece of our strategy, and we own some of the highest-quality cannabis properties located in limited license jurisdictions. With over $110 million of cash, we intend to aggressively pursue further investments and diversification. We are already in due diligence on several other potential investment opportunities in an effort to further accelerate growth.”

DuGan, former CEO of Gramercy Property Trust, was there for about six years until it was sold to Blackstone Group for about $7.6 billion in the summer of 2018. He has more than two decades’ worth of experience in management at REITs, currently serving as Chairman of INDUS Realty Trust and Blackbrook Capital, which he co-founded in March 2020. He was also CEO and president of W.P. Carey for more than 22 years.

Despite the industry’s growth, capital availability and liquidity remain a problem, despite small gestures of good faith from federal and state and local governments. NewLake’s combined goal is to help mitigate the problem of a lack of institutional financing options for operators in “limited license states or municipalities,” the firm said.

“Strategically, through this combination, [we’ve] emerged as one of the largest real estate companies in the cannabis industry,” Weinstein said in a statement. “Not only do we expect our merger to accelerate growth through scale, but our combined team [has] the experience and proven track record in the capital markets and in real estate investment to effectively execute on our strategy of growth through investment in high-quality cannabis properties strategically located throughout the United States.”