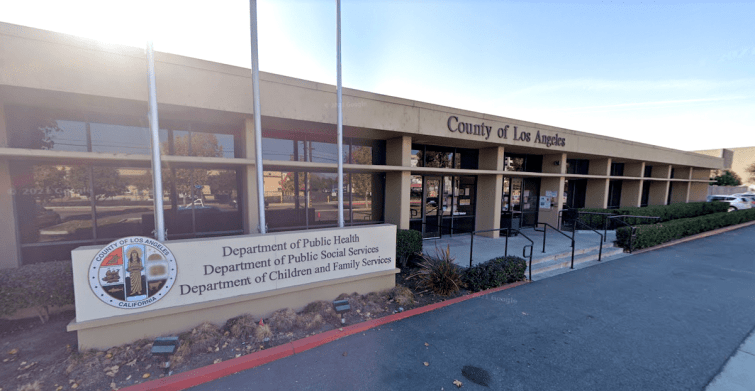 The building is located at 9320 Telstar Avenue in the city of El Monte. The County of Los Angeles renewed a long-term lease upon Rising’s acquisition. photo: google maps

Here’s a good sign for an office sector desperate for action.

Rising Realty Partners acquired a 246,900-square-foot office and industrial property in the San Gabriel Valley, east of the city of Los Angeles. Rising Realty declined to share the sales price, but a source familiar with the deal told Commercial Observer it was “north of $40 million.”

Property records show it was owned by Charles Company — a development firm run by Mark and Arman Gabay — as well as Commerce Escrow, a division of Pacific Premier Bank. It previously traded for $26 million in 2017.

The property’s entire 163,000-square-foot office component is occupied by the County of Los Angeles, which renewed a long-term lease upon Rising’s acquisition.

The acquisition is Rising’s first combined office and industrial property, and the first asset acquired as part of the Rising Investor Platform. Rising tapped investment from CrowdStreet’s Opportunistic Fund I, and equity from Brasa Capital Management on the deal.

L.A.-based Rising, led by Chris Rising, has been an active office landlord around the region. The firm owns the Trust Building and The CalEdison tower, both in Downtown L.A. In 2019, health care provider L.A. Care signed on for 370,000 square feet at Rising’s property at 1200 West 7th Street.

While industrial real estate continues to thrive thanks to rapid changes in consumer behavior, the office sector in L.A. County has proven to be far less certain following the grand work-from-home experiment. Leases are still being signed, such as other government departments recently renewing for 118,000 square feet in Alhambra. But, at the same time, there are increasing signs that demand for space will take a massive hit. For example, electronics firm Belkin International announced last week that it is moving its headquarters to a newly renovated space that’s half the size of its current location.